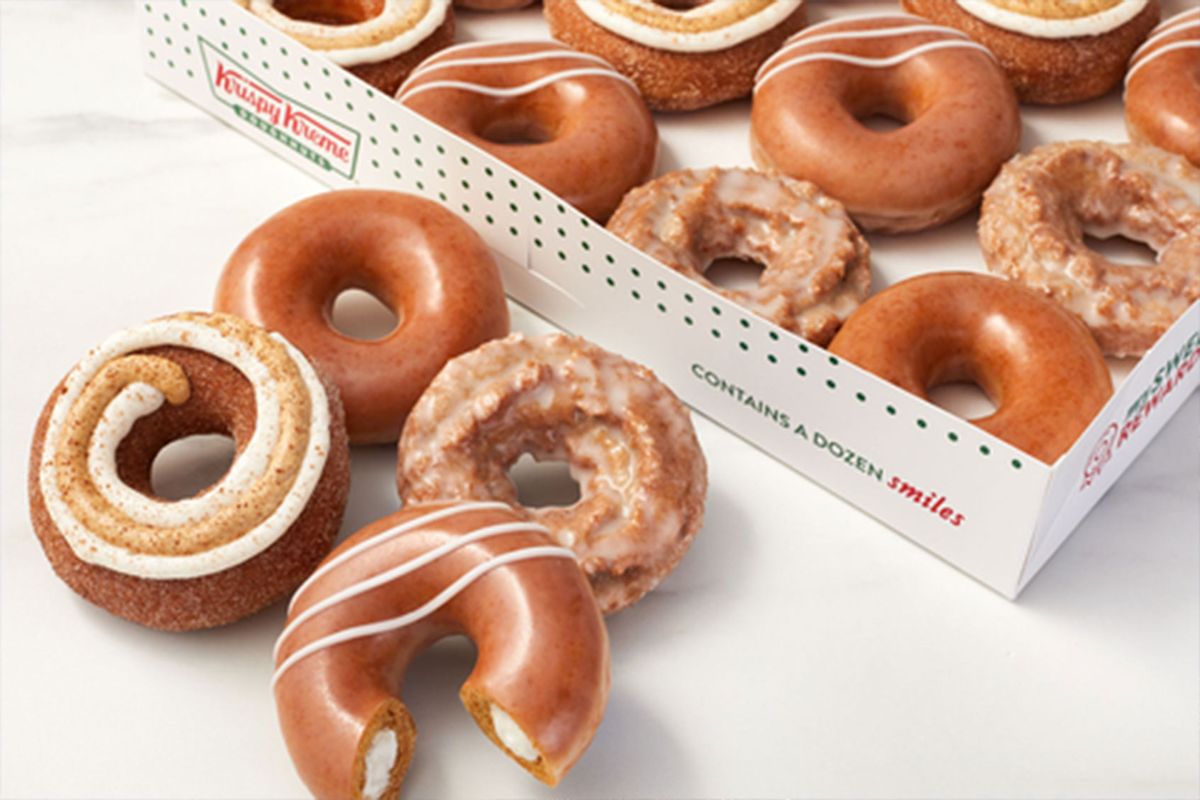 This year, Krispy Kreme kicked off the Pumpkin Spice season a month earlier than 2021, hoping to give fans more time to celebrate and enjoy fall’s most signature flavor.

“Of course, pumpkin spice is usually associated with fall, but true fans of the flavor will agree that August is pretty close! So we’re bringing the fall forward, allowing our guests to indulge and enjoy early with delicious pumpkin spice donuts and drinks, including our Pumpkin Spice Latte, which you can get ice cold or frozen, by the way,” said Dave Skena, global brand manager for Krispy Kreme, in a recent Press release.

The full items of Krispy Kreme’s Pumpkin Spice menu are available from August 8 in all stores nationwide. Here is a quick list of all the treats: