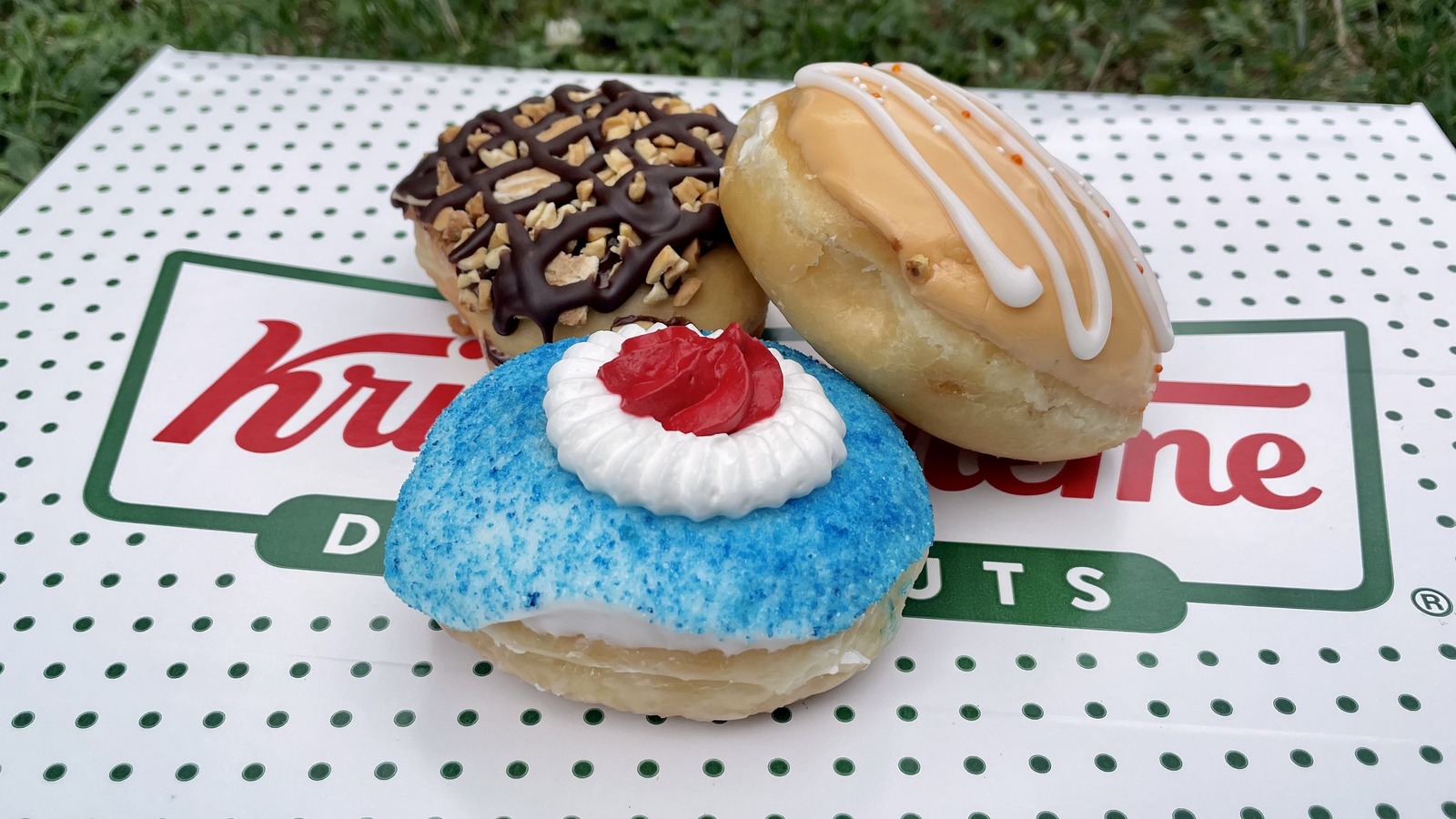 Krispy Kreme is releasing three different donut flavors as part of its limited-edition Ice Cream Truck donut promotion. The first is the classic Popsicle brand, the Fire Cracker. Depending on the box, Firecracker Popsicles come in three different flavors: Cherry, White Lemon, and Blue Raspberry. They are delicious but also usually eaten one section at a time. There’s no option with a donut, where the bites usually contain a bit of each flavor. So Krispy Kreme was inspired by this popsicle but tried to make the flavors more consistent. The donut base is a classic glazed donut topped with a “firecracker flavored glaze”, which includes blue raspberry sugar, Kreme firecracker, and the brand’s original Kreme.

The second in the series is based on the Vanilla King cone. It’s a Krispy Kreme donut, filled with vanilla pastry cream, dipped in chocolate icing, and finally topped with crushed sugar cone pieces, chopped peanuts, and a drizzle of more chocolate.

The third and final one is based on the classic ice cream-popsicle hybrid, the Creamsicle. It’s a donut filled with Kreme vanilla custard, dipped in Creamsicle-flavored frosting, and topped with mini sprinkles and a drizzle of frosting.