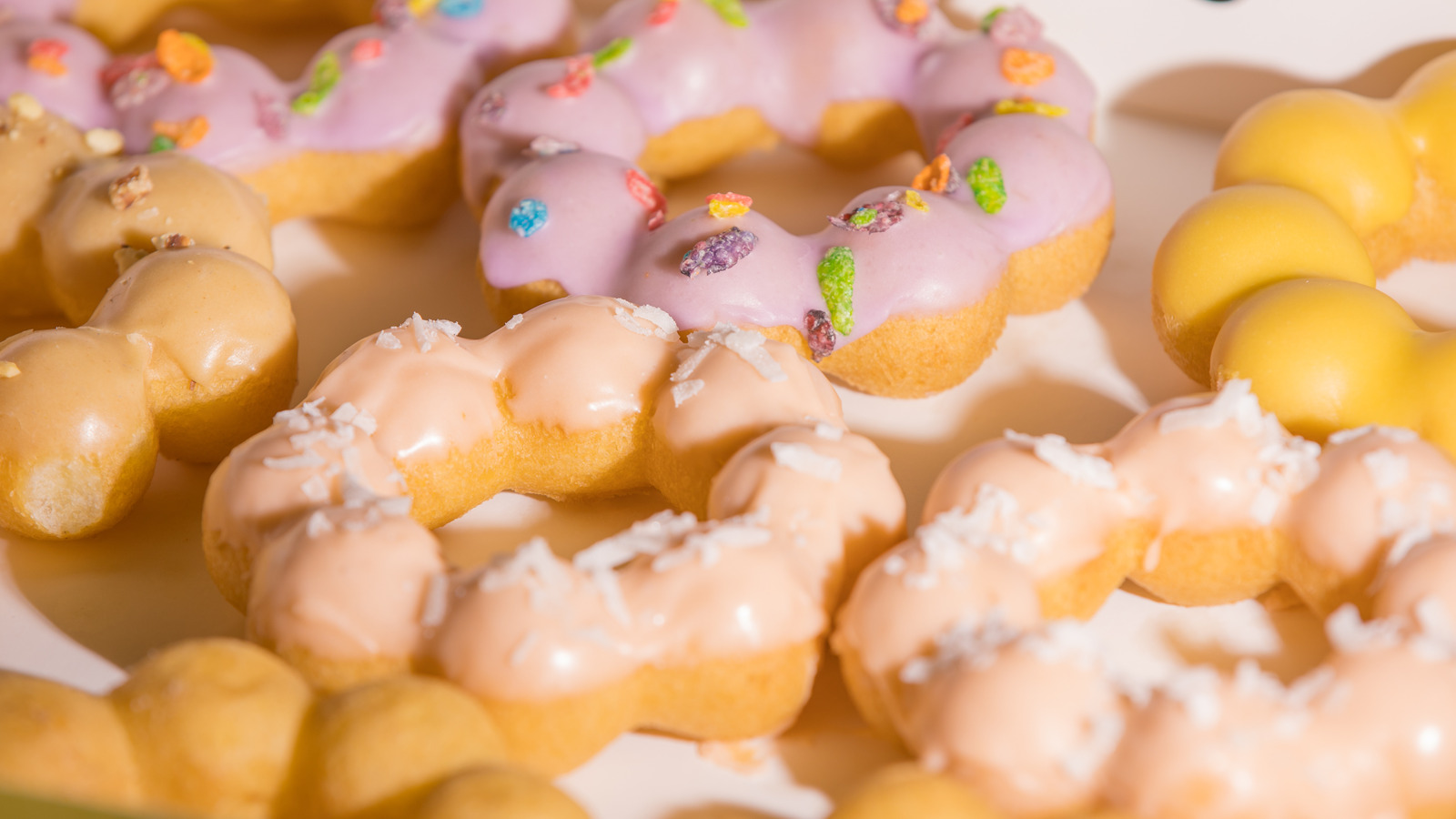 Poi is a traditional Polynesian food prepared by grinding specific roots and fruits into a pulp. According to Britannica, Hawaiian poi is typically made from taro root that has been made into a sassy paste. It is an excellent side dish, with rice or mashed potatoes. It also makes a great mochi donut flavor.

At first glance, you might think this is an unassuming glazed donut; looks a bit like an old-fashioned donut. However, once you get past the exterior, you’ll find a pale purple interior that’s a gorgeous blend of chew, flavor, and color. Trends come and go, but do poi mochi donuts hold up? Of course, it looks like it. As one Trip Advisor user wrote in 2021, “These poi mochi donuts are so good you can’t stop eating. We were totally hooked.” Consider us shaken.