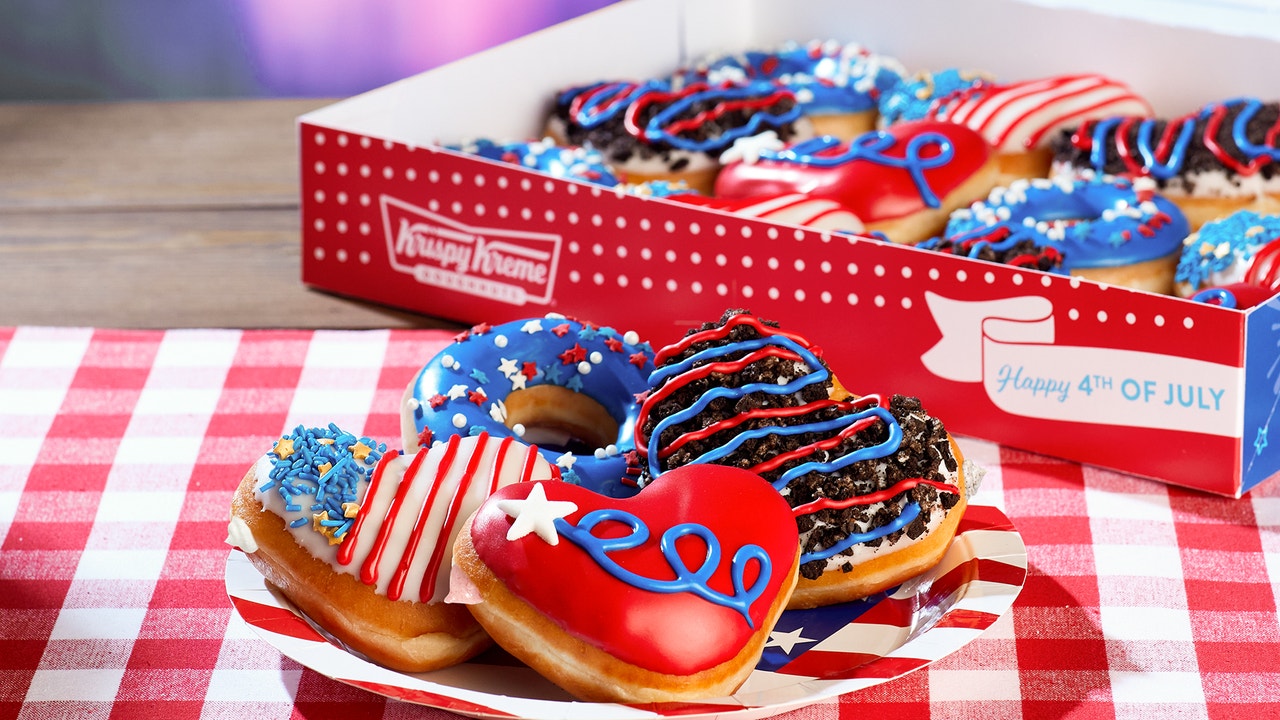 Everything you need to know about the Krispy Kreme light panel

CHARLOTTE, North Carolina – Krispy Kreme fans can score a free donut this week in honor of America’s birthday, along with the chance to get a free Original Glazed Dozen.

The donut chain said fans who wear red, white and blue at participating U.S. Krispy Kreme stores can get a free donut of their choice every day between June 27 and July 4. any dozen at regular price between July 1st and July 4th.

The Stars and stripes heart is filled with Kreme, dipped in white frosting and decorated like a flag with a drizzle of red frosting and a mixture of star dusting, while the Sprinkle with stars is an original glazed donut dipped in blue icing and topped with sprinkles of red and white stars.

Krispy Kreme also continues to offer its “Beat the Pump” promotion through August 31, in which the price of a dozen original glazed donuts each Wednesday is based on the US national average price for a gallon of regular gasoline, as reported by AAA.

The donut giant has offered online promotions with other global events in the past. In 2021, Krispy Kreme offered a free glazed donut to anyone with a valid COVID-19 vaccination card.

In January, it offered a free box of original glazed donuts to blood donors amid the continued need for blood donations. That month, the American Red Cross declared its first-ever national blood crisis in the United States and warned the public of the worst shortage in more than a decade.

Just last week, it announced relief from the heat in the form of frozen desserts with the launch of its new soft serve ice cream.

RELATED: Kraft mac and cheese gets a name change and a new look

This story was reported from Cincinnati.