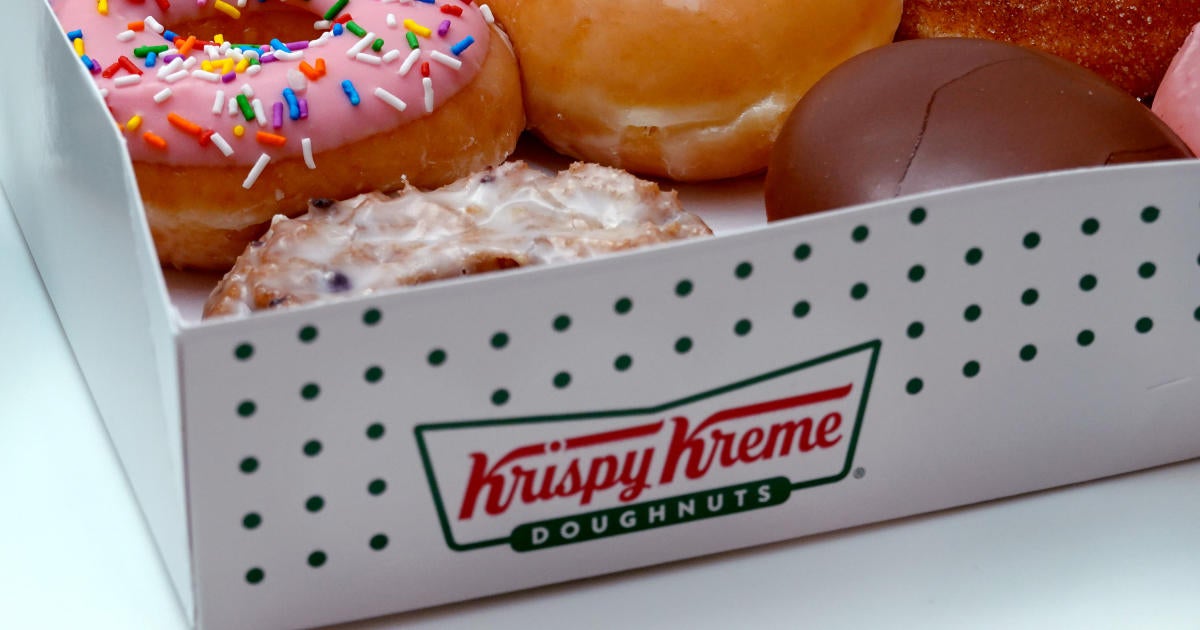 Krispy Kreme has introduced its new ‘Pick of the Patch’, four berry-based donuts – but the catch is that they’re only available Friday through Sunday. According to a press release, Krispy Kreme is selling Pick of the Patch donuts for a limited time at participating stores nationwide, starting June 6: Cobbler with mixed berries, surmounted by Mixed Berry Cobber shortbread filled and crumbled and sprinkled with powdered sugar and brown sugar icing; Blueberry Cheesecakea blueberry cheesecake donut topped with blueberry frosting and shortbread crumbs; strawberry shortcakea glazed sour cream cake donut topped with a strawberry filling, topped with shortbread crumbs, vanilla buttercream and a strawberry drizzle; Mixed Berry Glaze: a light and fluffy donut covered in a mixed berry glaze.

“We were inspired by farmers’ markets, fruit stands and berries when we created our new Pick of the Patch donuts,” said Dave Skena, Chief Marketing Officer at Krispy Kreme., said in the press release. “These donuts are fresh and will make your summer sweeter.”

Beginning June 3, which happens to be National Donut Day, the company is giving away original glazed donuts for free every day until Labor Day. A second take – the hot donut light must be on to receive the free sweet snack.

According to an official press release, Krispy Kreme recently announced that it will be giving away original glazed donuts for free during warm light hours throughout the summer, as well as dozens of Beat the Pump donuts every Wednesday until Labor Day.

The campaign aims to offer consumers “a little daily cheer for guests and a chance to share with others.” From now until Labor Day, Krispy Kreme will be giving away a free original glazed donut at all stores with a warm light. No purchase is necessary.

From June 8 through August 31, Krispy Kreme is running its “Beat the Pump” promotion, in which the price of a dozen original glazed donuts will be determined by the national average price of a gallon of regular gasoline. “With gas price inflation and everything else showing no signs of abating, we hope to brighten everyone’s day every day with our Sweet New Deal, whether it’s stopping to take a free hot and fresh original glazed donut for yourself or pick up a dozen on Wednesday for the same price as a gallon of gas,” Skena said.

Promotions are only available while supplies last. They are also not available for online ordering, delivery or drive-thru. With the Krispy Kreme app, users can receive push notifications when the lights are on in a location of their choosing. Learn more about Krispy Kreme’s Pick of the Patch collection here.