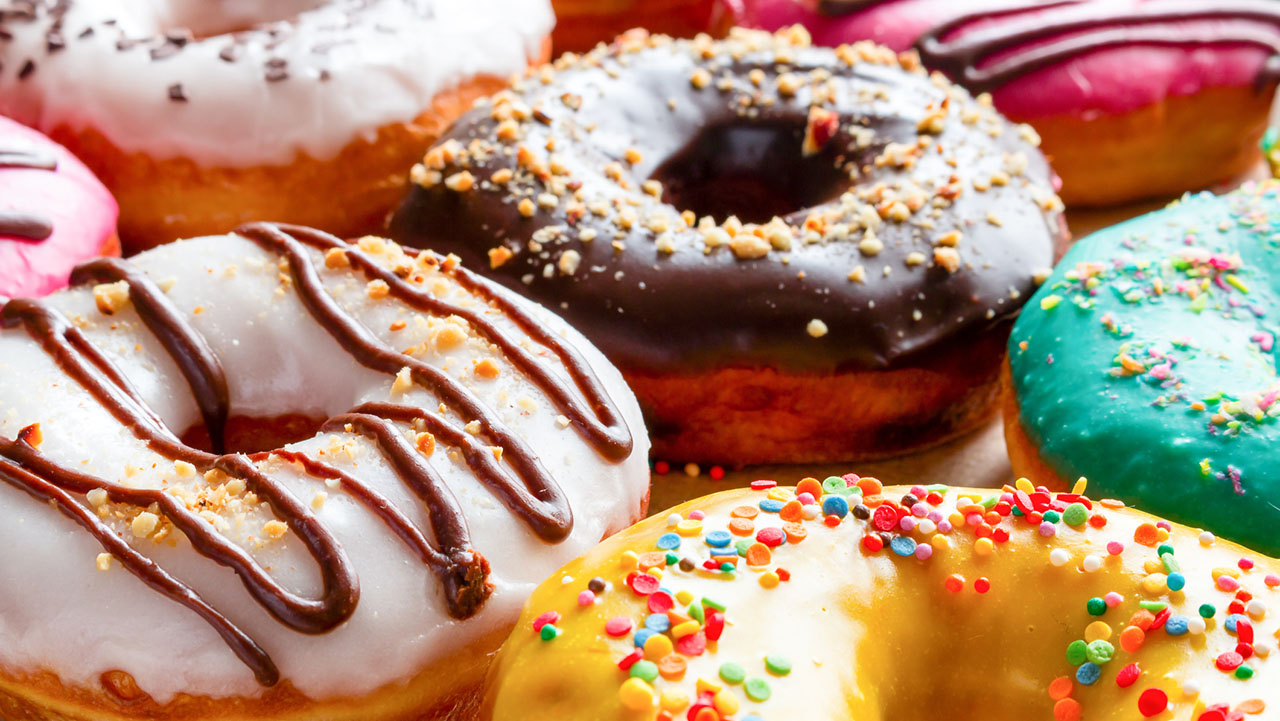 First celebrated in 1938, National Donut Day was organized by the Salvation Army to celebrate the volunteers who traveled overseas during World War I to provide support to troops, sometimes frying donuts on the front lines. These “Donut Lassies,” as they were called, helped popularize the treat among returning GIs, according to the Salvation Army.

Today, National Donut Day is celebrated annually on the first Friday in June (and also, somewhat oddly, in early November). Despite all the empty calories, there’s also a lot to celebrate: the donut has a long and interesting history in the United States.

Curious to know why donut boxes in movies are always pink? Or how did they come to be associated with the police? Here are a dozen things you might not know about one of America’s favorite candy bars.