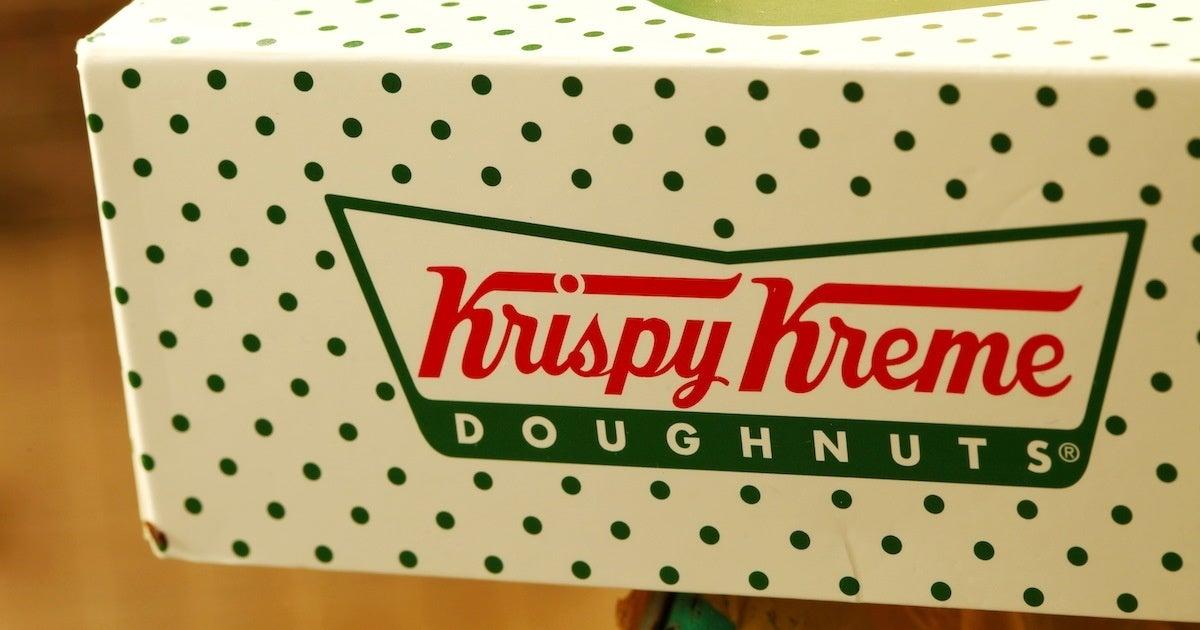 National Donut Day is Friday, June 3, and Krispy Kreme isn’t passing up the opportunity to celebrate in a big way. The iconic donut chain, known and loved for its quirky glazed donuts and other donut deals, is ready to mark the special occasion by offering guests complimentary donuts.

Guests who stop by their local Krispy Kreme location on Friday will be able to score a free donut of their choice. The Krispy Kreme menu includes classics like Glazed Chocolate Glaze and Glazed Chocolate Chip Glaze, Glazed Chocolate Cake, and Cinnamon Sugar, among others. Among the filled donuts, the chain offers Glazed Raspberry Filled, Chocolate Iced Custard Filled, Glazed Lemon Filled and Powdered Strawberry Kreme. The menu also includes options such as Reese’s Classic Donut, Oreo and Kreme Cookies, and Apple Donut, as well as the all-new Oh, Honey! Collection.

“We love our tradition of giving fans any donut they want on National Donut Day. But with gas price inflation and everything else showing no signs of slowing down, we hope brighten everyone’s day, every day, this summer with our Sweet New Deal, whether it’s stopping by for a free hot and fresh Original Glazed Donut for yourself or picking up a dozen on the Wednesday for the same price as a gallon of gas,” Krispy Kreme chief marketing officer Dave Skena said in a press release.

As Skena mentioned, the National Donut Day deal is just one of three deals that Krispy Kreme currently offers. In April, the beloved chain announced its Beat the Pump promotion, in which customers can score a dozen original glazed donuts at a discounted price every Wednesday. The price per dozen is based on the national average price of a gallon of regular gasoline in the United States on the Monday of the beginning of the week. Krispy Kreme is bringing the deal back starting Wednesday, June 8, with the promotion set to run until Wednesday, August 31.

This summer, Krispy Kreme is also bringing back its popular Hot Light offering. As part of the legendary promotion, which returns June 8, customers can get a free Original Glazed at any store that has a Hot Light anytime the Hot Light is on. No purchase is necessary to score the deal, which lasts until Labor Day.