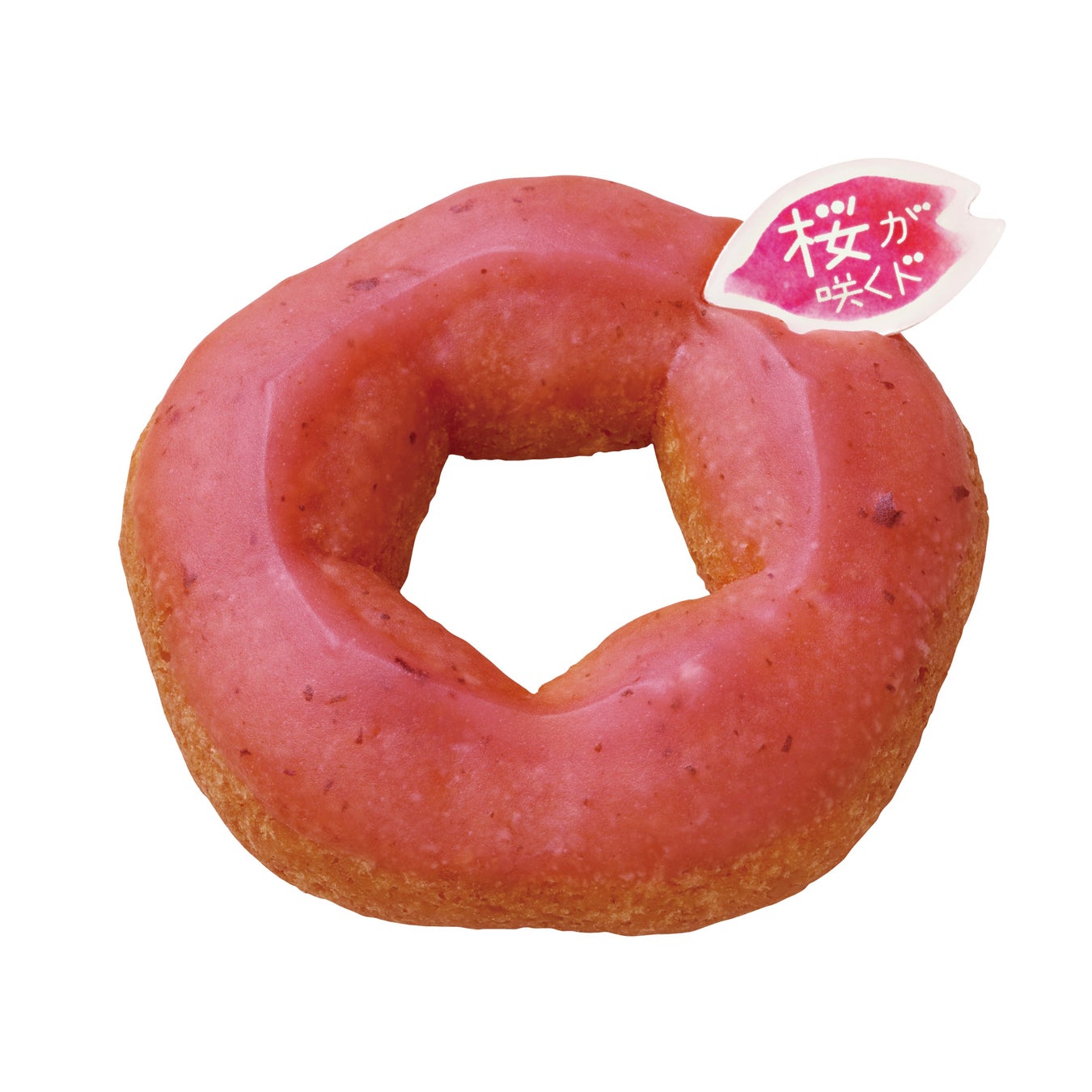 Mister Donut sells a limited series of donuts that look like cherry blossoms, aptly named “Sakudo” (with saku meaning “to bloom” and do coming from “doughnut”).

There will be four different donuts in the lineup, each slightly different in appearance and flavor, but all similar in their sakura shape and Mister Donut’s signature chewy, mochi texture.

▼ This is the first donut in the series.

These Sakura An flavored donuts have a sakura flavored base and are glazed with bean paste seasoned with cherry blossom leaves and salt. The sweet-salty combination is unique and typically Japanese. They are priced at 162 yen to take out and 165 yen to eat in store.

▼ This flavor is similar to the first one but is slightly different.

Sakura leaf flavored donuts are, well, flavored like sakura leaves. They’re lightly salted, lightly sweet, and covered in a sakura mochi coating to make you feel like you’re eating real sakura mochi. These cost 140 yen to take out and 143 yen to eat in store.

▼ Do you like traditional Japanese snacks? Then you will love this one.

The kinako the flavored donuts have a sakura flavored base and a sweet glaze on the bottom. The tops are coated in kinako (roasted soybean powder) and sugar, giving them an earthy, sweet flavor. It’s also 140 yen for take out and 143 yen in store.

Perhaps the most breathtaking donut is the Sakura An and Whip donut. These sakura flavored donuts have sakura flavored bean paste and whipped cream sandwiched inside, then decorated with white chocolate and sugar glaze. It’s 162 yen for takeout and 165 yen for dine-in.

Mister Donut plans to sell his Sakudo series until the end of March – coinciding with the end of the cherry blossom season – but some stores will stop selling them as soon as they run out of stock. If you want one, better get there sooner rather than later! They will be in Mister Donut stores across Japan.

Or if you plan to enjoy it while viewing cherry blossoms, time it with this year’s sakura forecast.

— The Sakura 2022 predictions are released! Cherry blossoms are expected to bloom even earlier in Japan this year