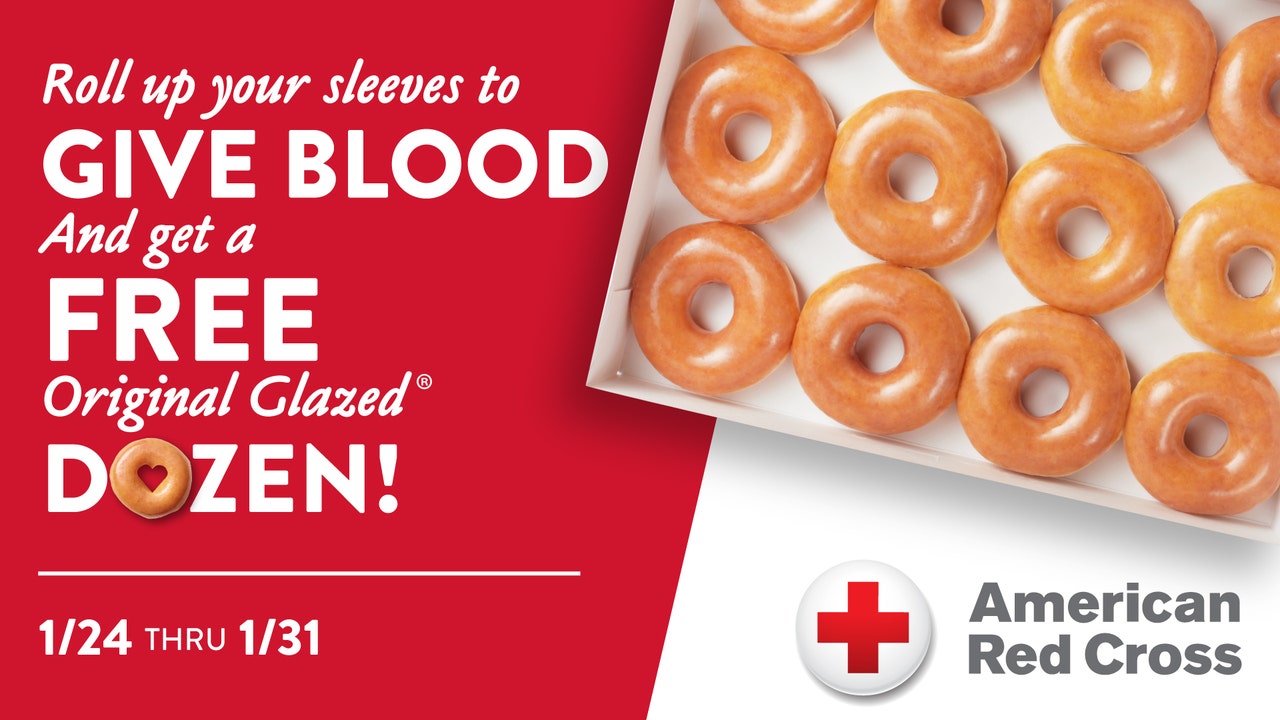 Krispy Kreme thanks those who donate blood with free donuts

The Red Cross declares the first ever national blood crisis. There has been a 62% drop in blood drives in middle and high schools due to the COVID-19 pandemic. FOX’s LiveNOW speaks with an American Red Cross medical director about the importance of getting donations during this time.

In the midst of America’s first-ever national blood crisis, a popular restaurant offers a sweet treat to those who respond.

Krispy Kreme has announced that it will thank those who donate blood or platelets with a free box of their original glazed donuts. The offer is only valid for those who donate between January 24 and January 31, 2022.

The American Red Cross declared its first-ever national blood crisis in the United States on January 11, warning the public of the worst shortage in more than a decade.

The nonprofit organization said in a statement that US blood centers have reported “less than a day’s supply of blood from certain critical blood types – a dangerously low level.” He noted a drop in donor turnout since the start of the COVID-19 pandemic, in addition to cancellations of blood drives, staffing issues and misinformation about donor eligibility.

Overall, there has been a 10% drop in blood donations since the pandemic began in March 2020, the Red Cross said.

To take advantage of the promotion, show your donation sticker or Red Cross donation confirmation at participating Krispy Kreme locations.

You can find the nearest American Red Cross donation site and book your appointment online here.

Donors of all blood types are “urgently needed”, the Red Cross said.

This story was reported from Detroit.