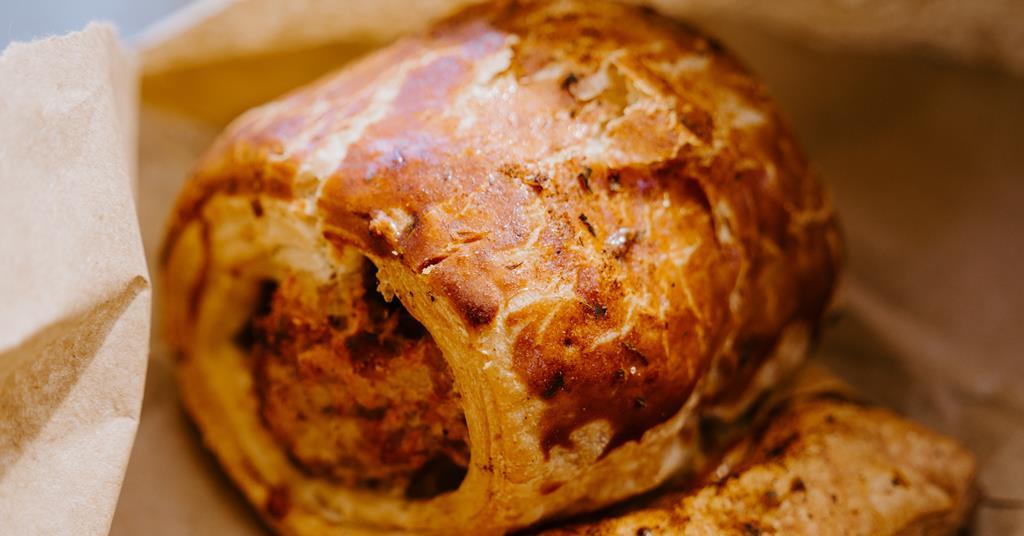 With the reopening of pubs, chip shops and street bakeries, sales of savory pastries threatened to stale in grocery stores.

Certainly, there is evidence of a slowdown in the category, which was further driven by the continued decline in on-the-go consumption last year: six of the top 10 brands saw their volumes decline in 2021.

But price growth and premiumization have been accompanied by heavy investment in branded NPDs, driving the overall value up 3%, outpacing the 2.8% growth we reported last year.

Admittedly, last year’s numbers were skewed somewhat by Wall’s, which saw sales plummet after inflated growth in 2019 when it temporarily supplied a major retailer.

Still, there is no denying the positive impact of high-end meal-focused players on the market this year.

Charlie Bigham’s is a perfect example. It saw a 14% rise in unit sales, while its high-end compatriot Higgidy is also seeing strong volume growth, up 8.8%.

“Over the past 12 months, we have seen an increase in the number of consumers eager to indulge,” says Rachel Kelley, CEO of Higgidy. “Particularly in a recession, we know comfort is a key buying driver.”

There is also an element of lockdown behavior at play – despite most Covid restrictions ending in the latter part of this data period.

Higgidy and other meals-focused bakery brands have benefited from the resulting growth in meals-on-wheels – with an estimated 15 million additional evening meals in the category, according to Ginsters, Higgidy’s stable mate at owner Samworth Brothers.

Most notably, however, savory baked goods sales are being driven by growing attention to the new take-home lunch market.

An estimated 91 million lunch-on-the-go occasions have led to something of a NPD boom, with major providers rolling out a slew of new lines in recent months.

“Shoppers want to fill their fridges and freezers with exciting products they can eat as a snack or satisfying meal throughout the day, which means there’s a huge opportunity for the category if it innovates in the right way. “, says Rachel Cranston, Head of Marketing and Innovation at Pukka. Hence the latest range of portable sausage slices and rolls from Pukka, which hit stores in September.

In particular, this has seen the introduction of non-traditional flavors to capitalize on what Mitchell calls “the global cuisine explosion”.

Compleat Food Group’s new Carnival Kitchen brand also plays on this trend. Unveiled in September, it includes flatbreads, pies and bites made from “fabulous street food from around the world” – including Thailand, Jamaica and South Africa.

Initiatives to broaden the flavor palette of savory pastries have been accompanied by efforts to alter traditional perceptions of the category. This has resulted in the growing number of meat-alternative products, such as the launch of Pukka’s Vegan Sausage Roll in October, Meatless Farm’s Plant-Based Sausage Roll in March and Pork Farms’ Porkless Pork Pie in March. fall 2020.

Demand for these products has increased more than 150% year over year, says Holton, with young consumers becoming a crucial demographic.

These innovations have helped brands grow ahead of the market by 4%. It should all the same be remembered that savory pastries are still dominated by private labels via traditional sausage rolls, pâtés and pastries.

As cheaper options, their position may well strengthen as prices rise. The average price per pack has already climbed 1.5% over the year – and further inflation is inevitable, suggests Dutch doctor Nigel Church.

He points to rising manufacturing costs and shrinking in-store promotions due to availability issues related to the current truck driver crisis.

In meat snacks, however, the average price is down 0.8% – and sales are booming. Brands, the dominant force in the sector, were behind this with a gain of £44m.

All six big brands are posting double-digit value and unit growth as Britons sought high-protein snacks while working from home.

“Covid has triggered a large new cohort of health-conscious consumers to adapt their diets according to their health goals,” says James Newitt, CEO of New World Foods (NWF), which was acquired by Valeo Foods this year. To meet the growing popularity of healthy snacks, NWF launched share and family bags, while its Kings brand targeted the fitness and sports market.

As Newitt summarizes: “Market penetration is still very low in the UK – the category is still in its infancy, which means we are only scratching the surface of the opportunity.”

Peperami’s meaty mascot, The Animal, found its veggie side in June with the launch of this meatless Vegerami sub-brand. Chick’nless Bites comes in Pep’d Up and Smokin’ – each made from pea protein and promising no more than 134 calories per 40g pack (rsp: £1). Aimed at “nutrition-conscious young adults”, Vegerami debuted a month after Peperami revamped the packaging appearance of its core range in a bid to appeal to “mainstream and younger” shoppers. .