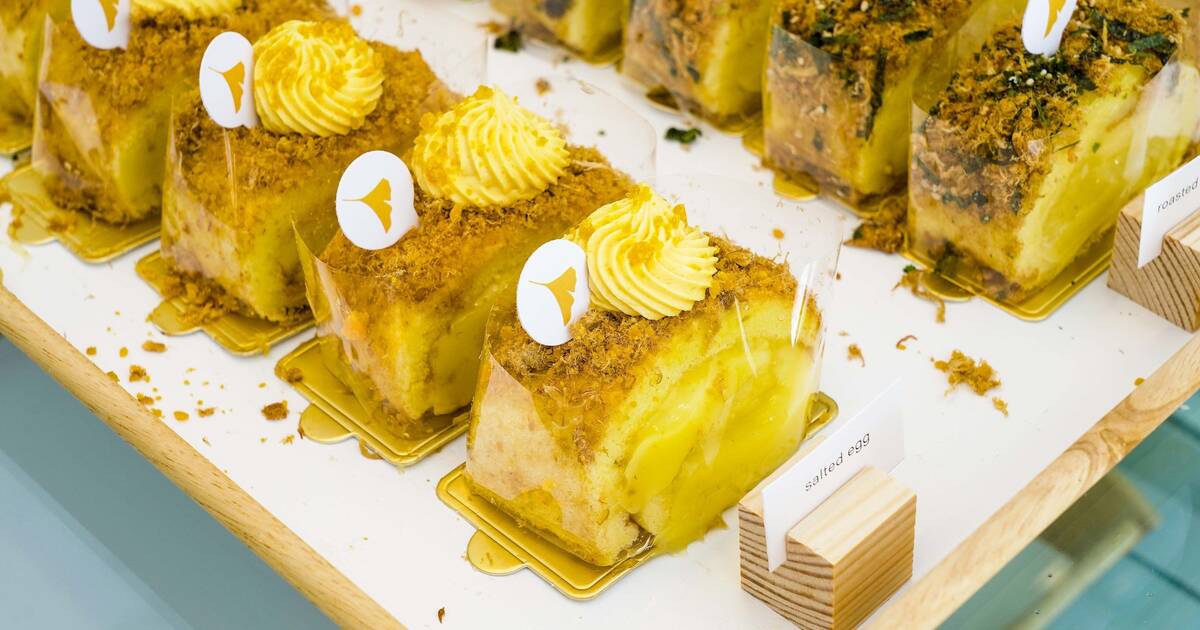 30 great places for pastries and desserts in Toronto by neighborhood

Great pastries and desserts, from fusion delights to classic cakes, can be found in many Toronto neighborhoods. Who knows, there might even be a new hidden gem for sweet treats in your own area that you haven’t discovered yet.

Here are some great places for pastries and desserts in Toronto by neighborhood.

Those looking for Vietnamese flavors in a new form should check out LA LA Bakeshop, where typical ingredients include durian and pork bristle.

There’s no better place in this neighborhood for cakes, pies, and especially donuts than The Rolling Pin. Inventive flavors and impressive decorating skills abound.

The cutest creations can be found at Bomou in this region, where seasonal treats for the holidays are always pretty and over the top.

People in this neighborhood go wild for Bakerbots, which serves up amazing cinnamon rolls, cookies, and pies. They even have ice cream sandwiches during the summer.

Roselle’s banana cream pie eclair is something of a legend not just in this neighborhood, but all of Toronto, and that’s just the start of their exceptional baking offerings.

The pastries at Bomou are close to perfection. Photo by Fareen Karim.

Tre Mari Bakery has all the cannoli you could want, and they always come up with new flavors. There are also plenty of other freshly baked goodies to browse.

This neighborhood may be the only one in Toronto to be home to stacked donuts from Ampersand. The bakery also makes cakes and is known for its fun decorations and colors.

Those looking for a great croissant or cruffin can head to Geste, where they’re always inventing new ways to use buttery dough.

Some of the best pies and butter pies in town can be found at Gerrard Street Bakery, where the name and the baked goods cut right to the chase.

Gourmet stuffed scones and butter tarts are amazing at Rob’s Good Food, where they always have plenty of seasonal offerings when you need to grab dessert for a holiday gathering.

Cakes, pastries, sugared almonds, ice cream, there is everything at Gouter. This family bakery may be small, but the flavors inside are powerful.

Happy Bakers make amazing pies in all kinds of varieties, and you can taste the bliss of each one.

Emmer comes up with new and different ideas for baked goods all the time, and while they have a robust savory program, their sweet offerings are just as amazing.

Rois Cream is known for its macaroons, which come in creative varieties like matcha, Earl Grey, and creme brulee.

Some of Bom Dia’s muffins are practically cupcakes. Photo by Hector Vasquez.

No trip to this neighborhood is complete without a final stop at Hodo Kwaja to pick up nut cakes in red bean or mashed potato flavors, as well as other Korean desserts.

Barbershop Patisserie is making a name for itself with pretty pastries like cakes and puff pastry decorated to perfection.

If you’re looking for a full size danish, croissant or cake with some serious whimsy, Butter Baker is the place to go in this area. There is always a special seasonal flavor for cakes and soft creams.

Prepare to be dazzled by the desserts of the Délysées. Photo by Hector Vasquez.

Nowhere in this neighborhood does more stunning desserts and pastries than Delysees, where the techniques are as polished as any French store.

Café Serano offers Greek treats like loukomades and all sorts of other Mediterranean-inspired delicacies.

A pastel de nata or stuffed muffin makes a great treat from Bom Dia, which also sells savory items like Portuguese patties. Great for a quick stop before hopping on the Queen Trolley.

Le Beau’s specialty is croissants that go way beyond the average butter and chocolate flavors and usual croissant shapes.

Fantail is the reference in this district for all kinds of pastries, cookies and macaroons. They also offer savory and healthy options and make a lot of what goes into their items from scratch.

Pies and sticky caramel pudding are way too cute at Castle & Coal. Photo by Fareen Karim.

A taste of France can be found in this neighborhood of Fleur du Jour, a charming place where buttery pastries and croissants are prepared in the back of the store.

Pies, panna cotta, financiers and sticky toffee pudding are both understated and breathtaking at Castle & Coal.

People swear by Le Génie for their daily fresh pastries made with local ingredients.

Padaria has all the Brazilian treats you are looking for, from cakes to brigadeiro and donuts. They also have all kinds of savory options like cheese bread.