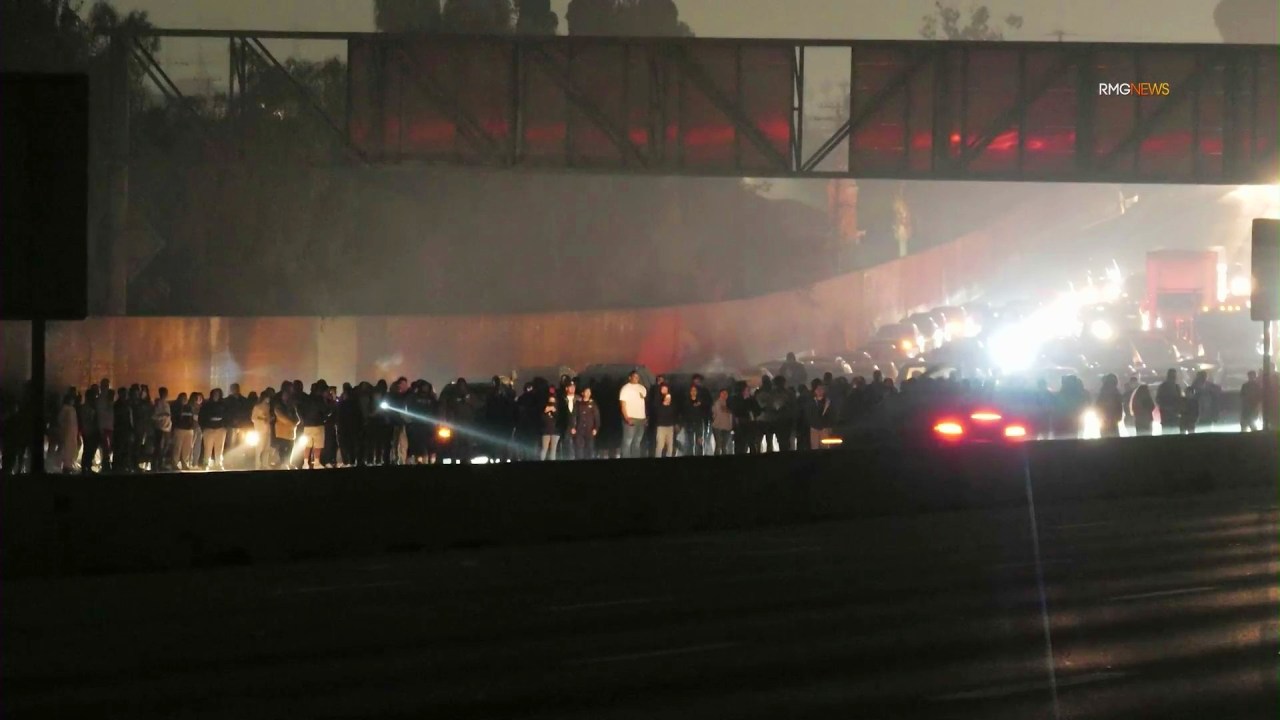 91 Freeway Takeover: Vehicles block traffic to do donuts, other stunts in the Bellflower area

Traffic was brought to a halt early Monday morning during an illegal vehicle takeover of Highway 91 in the Bellflower area.

Authorities received a call around 1:15 a.m. that about 50 vehicles were blocking the eastbound lanes of the freeway near the 605 interchange, California Highway Patrol Officer Kimball said.

Video from the scene showed cars doing donuts and other stunts on the freeway as headlights of stopped traffic could be seen in the background.

About 200 people also got out of their vehicles to watch the illegal protest.

The drivers got back into their cars and dispersed on Interstates 91 and 605 when officers arrived about 15 minutes later.

An arrest was made on Carmenita Road near Highway 91, Kimball said.

No other details of the arrest were given.

There were no immediate reports of injuries resulting from the freeway takeover.