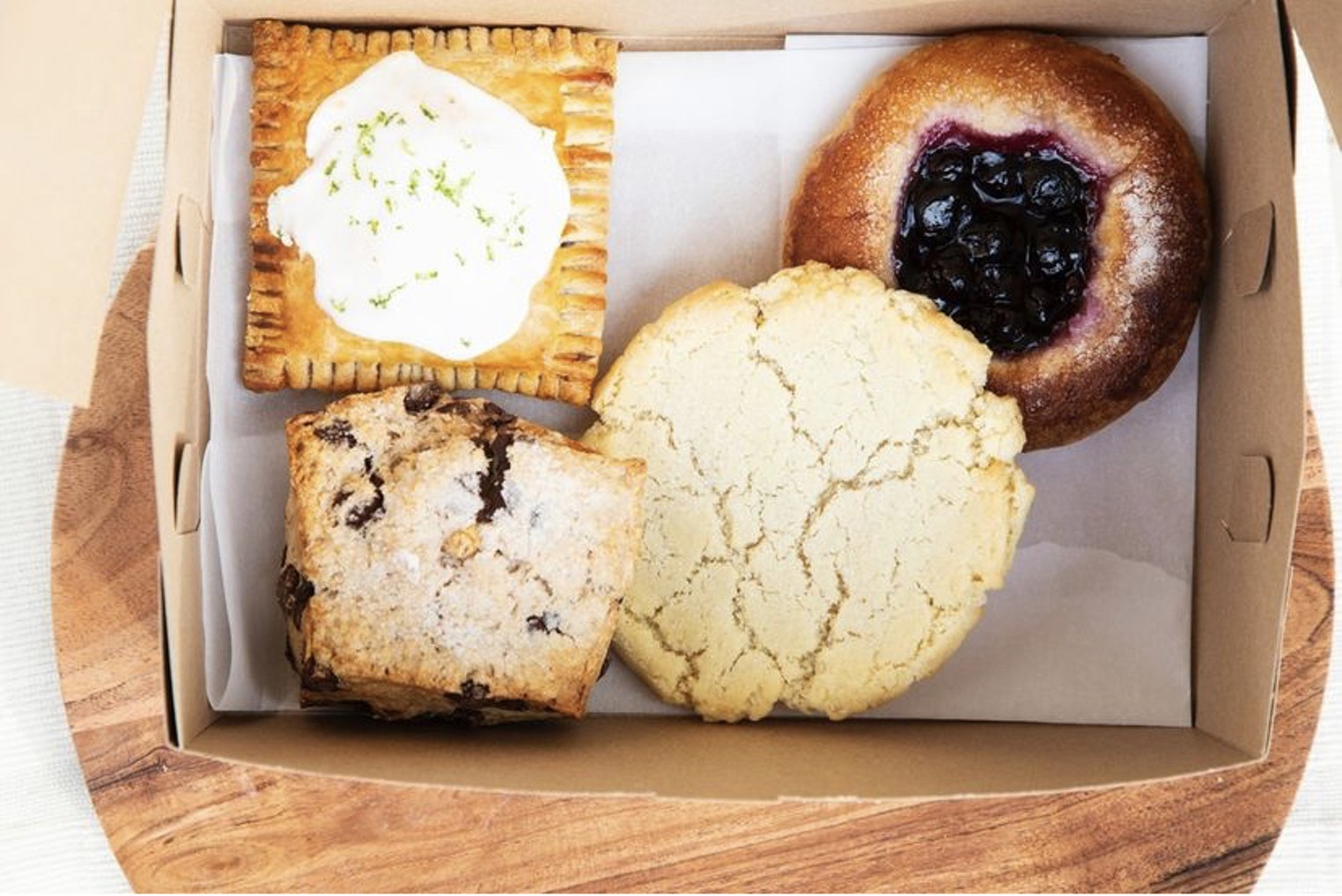 By Van E. RobinsonNovember 1, 2021No Comments

Jasmin Smith, owner of Suss pastries, has been passionate about cooking since the age of 12.

â€œI had these distinct times in my life where I knew cooking was for me,â€ says Smith.

When she was 12, her stepfather, who worked for Hyatt hotels, took her to work one of those school days with his child. â€œI will never forget walking into a commercial kitchen for the first time and being totally impressed. That’s when I knew.

As other kids her age played with tea sets, Smith says she envisioned her future restaurant. At the time of culinary school, she had to face a difficult decision: salty or pastry. She chose the savory route, until she took her compulsory pastry course.

Support the independent voice of Phoenix and help keep the future of The New Times free.

â€œMy teacher made it so nice that I decided to change direction,â€ she says.

After completing his culinary studies, Smith worked at a few resorts in Arizona. At Andaz Scottsdale Resort & Bungalows, she learned to embrace local ingredients, especially from the Sonoran Desert.

â€œI just want to do something different and Arizona has all of these cool ingredients,â€ she says. â€œHaving my own business allows me to explore, to combine different flavors and textures. ”

Smith buys most of his local ingredients from Foods from Mount Hope, such as prickly pear, mesquite, dates, corn, squash, hibiscus and honey. Honey comes from Crockett Honey Co. in TempÃ©.

The team, from left to right: Jessica Marzonie, Jasmin Smith and Lataunya Benally.

Smith started SÃ¼ss as an assistant in an apartment kitchen in Tempe in 2016. The name SÃ¼ss (pronounced like Dr Seuss), in German for “sweet,” is a tribute to her grandparents in Germany.

â€œWhen I eat a fresh strawberry, I think of summers in Germany,â€ she says. â€œMy grandparents are passionate gardeners. We used to go out picking strawberries, and my grandmother and I would sit in the kitchen for hours. Or, we would have these fish grill, where my grandpa would build a grill in the backyard and we would grill whole fish.

When SÃ¼ss first started out, Smith remembers that his refrigerator was often full of baking ingredients and there was no room for his personal groceries. Two years later, SÃ¼ss has become a full-time business.

Smith moved from his own kitchen to Stellar Catering near 16th Street and Bethany Home Road, with his team of two: Lataunya Benally (his â€œPop-Tart Queenâ€) and Jessica Marzonie.

â€œI ask them, ‘Are you having fun?’ Put the fun in the baking, â€says Smith.

SÃ¼ss pastries have a softness; a femininity that blossoms and sparkles when you take a bite.

The queen of the desert, reminiscent of kouign amann (a Breton cake), offers you a bite of butter dough sprinkled with mesquite sugar, with a wonderful sweet and tangy flavor of prickly pear that Smith injects inside just before eating. pick up your box.

You can cut a piece just to taste, but soon you are ripping it piece by piece.

On the menu, there are also Bressanes, which some call the forgotten French pastry. Smith describes it as a brioche danish that comes in both sweet and savory versions. Take a bite and you will understand why it was served at village festivals in France.

You can pass out in front of the green chilli bressane. The sweetness of the brioche stands out. Then you’re struck by the swirl of flavors, onion and garlic in the Everything Chili Cheese Bagel.

Pop tarts are lovely pieces of tender pie crust, filled with jam and topped with frosting and sprinkles that complete the filling.

Three kinds of cookies are available: peanut butter mesquite, lemon lavender and corn sugar. The scones come in chocolate chips with cinnamon (for the sweet) and chorizo â€‹â€‹(for the savory).

According to Smith, you can order pastries directly from the website or Instagram, or find the products at the following cafes: Moxie, Cafe Mollie, Driftwood Coffee Co., Disposition, Reap and Sow Coffee Bar, Space cafe, and Mugwort. She says she provides 24 hours’ notice for bake orders (take out only), 48 hours for cakes and 10 days or more for weddings.

Smith is planning a showcase, Modern Harvest, in a few months. She plans to convert the storefront of Stellar Catering (where she currently cooks) into a bakery product display. It will also present other chefs and ephemeral dinners.