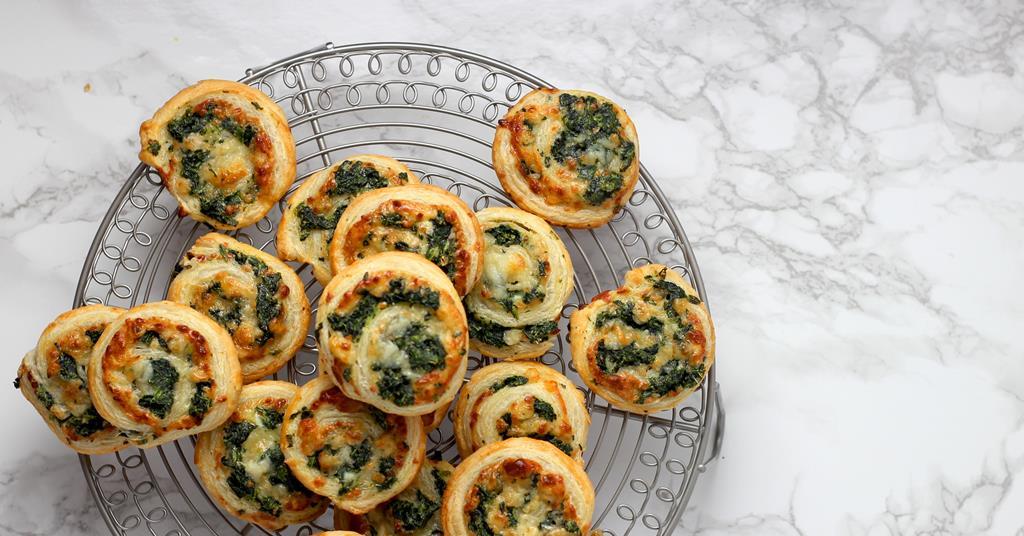 By Van E. RobinsonOctober 9, 2021No Comments

Barely a single hot pie has passed the lips of hungry sport spectators since the country first locked down in March. At first glance, it seems a similar story in shoppersâ€™ homes. Unit sales of savoury pastries from grocery chillers have fallen by 10.3 million kg â€“ roughly equivalent to 50 million single-portion pies â€“ after brands shed 7.5% of volumes.

Look closer at the numbers, though, and a more positive picture emerges. Six of the top 10 savoury pastry brands have actually achieved volume growth. The problem is in the number four slot: Wallâ€™s. It has almost single-handedly driven the sector into decline, shedding 9.7 million kg.

For its part, Wallâ€™s Pastry insists this slump doesnâ€™t represent consumers turning away from the brandâ€™s sausage rolls, pasties and pies. Instead, brand marketing manager Mike Holton explains itâ€™s down to â€œstepping in to breach a supply issue experienced by a major UK retailerâ€ in 2019. That temporarily inflated growth fell away as soon as that supply issue had been resolved.

â€œWhen subtracting this inflated growth, the wider Wallâ€™s Pastry brand grew by 0.7%,â€ he says. â€œAs a brand, we are witnessing growth in sales within the pastry category.â€

So, the brand isnâ€™t in the doldrums after all. And neither is the category in which it sits. The marketâ€™s performance this year represents an uptick on a tepid 2019, as it added Â£30.8m driven by double-digit value growth among some of the biggest players. The top three â€“ Ginsters, Higgidy and Pukka â€“ have generated an extra Â£19.2m between them.

â€œDuring these uncertain times, people are turning to brands they trust and want food thatâ€™s easy to prepare and satisfying for all the family, and our pies tick all of these boxes,â€ says Pukka category controller Julie Stevens.

Higgidy CEO Mark Campbell echoes those  sentiments. â€œThe savoury pastry category has had a very strong year as consumers have gone back to comfort foods they love when things have been uncertain around them,â€ he says.

The shift to working from home, alongside the closure of hospitality, have also created more in-home eating occasions. That played into the hands of those brands focused on conventional mealtimes â€“ and explains why  Ginsters, Higgidy and Pukka all won so big.

In the case of Ginsters, it made efforts to adapt to this new environment. MD Kieran Hemsworth explains marketing plans had to rapidly shift away from event-led activity. Instead, it has invested in social, digital, PR and shopper marketing to reach consumers with a new, Covid-friendly message. â€œThatâ€™s been focused around the big growth occasion weâ€™ve seen, which is the work from home lunch,â€ he says.

Overall, though, category growth has been driven by price increases. That has made up for the fall in volumes, which may have  been driven by, but havenâ€™t been confined to, Wallâ€™s. There are two factors at play here.

First, the strongest value growth has come from some of the sectorâ€™s more expensive and premium players, driving an overall rise in average category prices. â€œAs people have not been able to dine out theyâ€™ve been looking for that bit of luxury at home,â€ says Higgidyâ€™s Campbell. The brands getting left behind are some of the sectorâ€™s more affordable players. Wallâ€™s and Hollandâ€™s have suffered the biggest volume drops, resulting in a shift of market share towards the more premium names in the category.

Second, Pieminister head of PR & marketing Romany Simon notes the savoury pastry category benefited from a spike in early lockdown demand. As shoppers stocked up, promotions were rapidly scaled back to ensure supply could meet that level of demand.

That focus on supply dampened innovation in many areas of grocery. But there has still been some notable NPD in savoury pastries, such as Pieministerâ€™s launch of a DIY kit through its website. Then thereâ€™s Pukkaâ€™s Just For Two sharing pie range. With an rsp of Â£3, it reflects the expectation that â€œmany shoppers will become even more price sensitive as the nation starts to feel the full economic impact of Covidâ€ says Stevens.

While a pivot to plant-based has been simple for savoury pastries, it poses more of a challenge for the meat snacking category. But the movement against meat has done nothing to deter booming growth in the segment.

Indeed, itâ€™s been a great year for meat snacks in terms of retail sales, even as its traditional lunchbox and on-the-go occasions have been replaced by in-home consumption.

Surging value growth of 12.1% in the category was entirely due to a 13.3% rise in branded sales, as the vastly smaller own-label segment fell 23.6%. While pricing increases supported the overall picture, meat snacks are also selling more packs and products, with volume growth of 6.6%.

This positive picture has been driven by the categoryâ€™s top four, which are all in double-digit growth. They include Fridge Raiders, up 11.5%. Brand owner Kerry Foods says it has benefited from the vastly changed marketplace, in which there are now 148 million more snacking occasions per week. â€œChilled food-to-go options allow people to get the nutrition they require in a world where the three stalwarts of breakfast, lunch and dinner are now often not the norm,â€ it says.

Although not on the meatless train, the category is very much latched on to health trends, positioning itself as a high-protein, low-sugar choice. Laura Trivulzio, marketing director for Peperami & Jack Linkâ€™s, explains a key positioning behind its portfolio is â€œfor consumers looking for both taste and health in oneâ€.

Itâ€™s an approach that could help meat snacking sales remain healthy in 2021.

In association with Nielsen

Ginsters took on Greggs in April with its second Quorn collaboration: a plant-based sausage roll. The chilled snack comprises â€œbespoke meat-free, high-fibre sausage, peppered with herbs and spices, in a light puff pastryâ€. It came after the two suppliers unveiled the Ginsters Vegan Quorn Pasty in September 2018, which soon became â€œthe fastest-selling meat-free pasty in groceryâ€ according to Ginsters. The brand teamed up with Quorn for a third time in October for a Vegan Pepper Steak Slice.