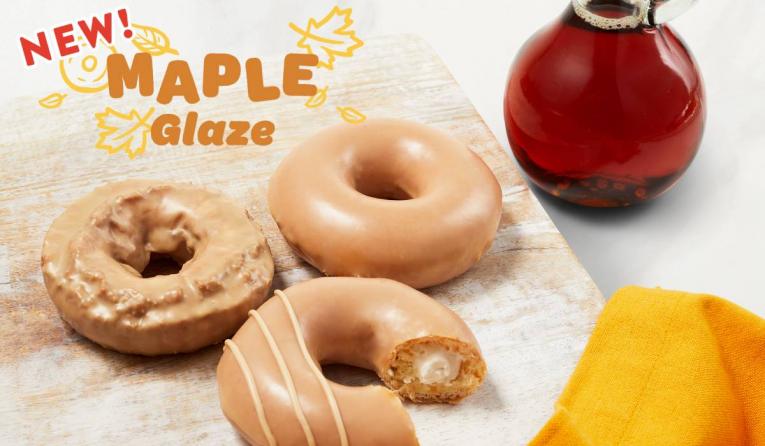 Krispy Kreme To Cheer On Guests At ‘Fall For Glaze’ By Releasing A Collection Of Fall-Inspired Icings Each Week, Starting Labor Day, September 6 – The Unofficial Start Of Fall – At Participating Stores across the United States:

“Pumpkin Spice is awesome, but why stop there when there are so many other flavors in the fall. To help everyone really embrace the tastes of the season, we’re adding two very first fall-inspired icings to our popular Pumpkin Spice collection, each having their own week this month, ”said Dave Skena, Marketing Director. by Krispy Kreme.

While these sweet, fall-inspired treats are only available for a limited time, the Krispy Kreme Pumpkin Spice Cake Donut will be available from September 6 to November 25.

The news and information presented in this press release has not been corroborated by QSR, Food News Media or Journalistic, Inc.