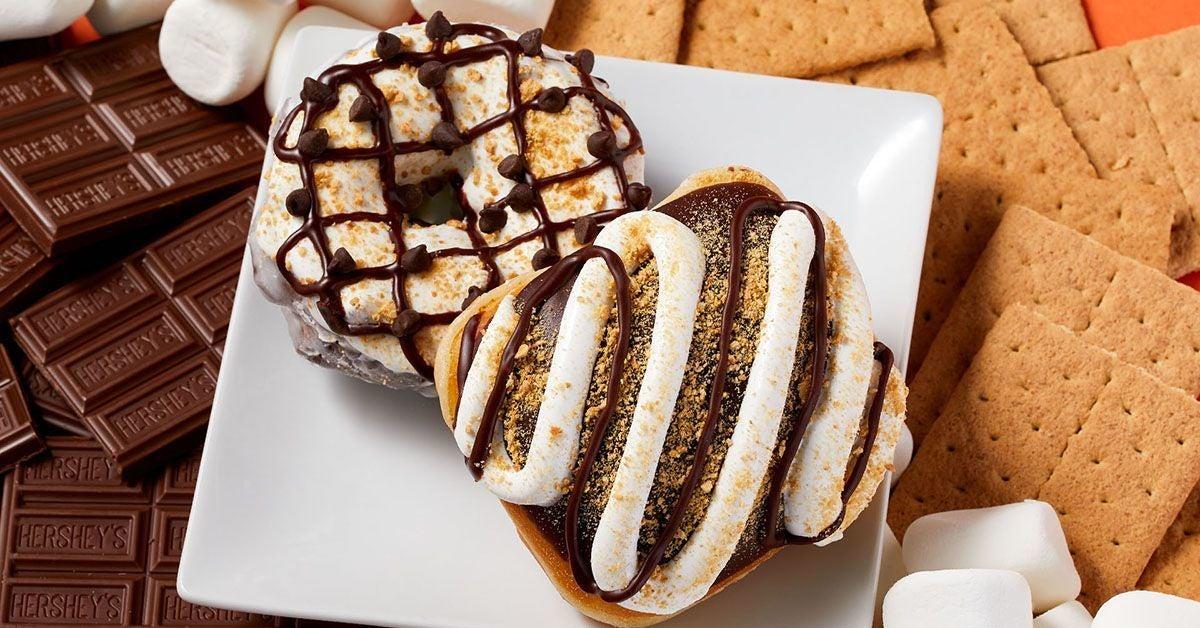 Tuesday is National s’mores Day and to celebrate, Krispy Kreme is teaming up with Hershey’s for two new flavors to allow donut fans to satisfy their love of s’mores while indulging in their love of donuts. On Tuesday, Krispy Kreme announced the S’mores Classic Donut and the S’mores Fudge Cake Donut, both of which will be available for a limited time.

â€œWe are teaming up with Hershey’s, one of the key ingredients of all s’more, to bring fans donuts that satisfy their marshmallow-graham-cracker-chocolate cravings in an incredible new way,â€ said Dave Skena, marketing director for Krispy Kreme.

Did that make you want S’more?! ðŸ˜‰@Hersheys chocolate fondant, the goodness of Krispy KremeðŸ©, in a delicious treat from TODAY! S’mores donuts available, while supplies last! #NationalSmoresDay #Krispy Kreme

Participating US & CAN stores. All the info here https://t.co/Q8ANHIorpO pic.twitter.com/ysp1nq7qWa

The S’mores Classic Donut and S’mores Fudge Cake Donut are both available starting Tuesday, August 10 and will be available for a limited time while supplies last at participating stores nationwide.

The new donuts aren’t the first time Krispy Kreme has teamed up with Hershey’s. In 2018, they teamed up for the Hershey’s Gold Donut for the 2018 Winter Olympics. These new flavors are also just the latest from Krispy Kreme, who this year brought a variety of interesting versions to limited time. In June, Krispy Kreme offered a Strawberry Supermoon Donut as a one-day offer only to celebrate the last â€œsupermoonâ€ of the year and before that they launched a Lemonade Glaze Donut.

Are you going to check out the two new s’mores-inspired donuts for National S’mores Day? Let us know in the comments!