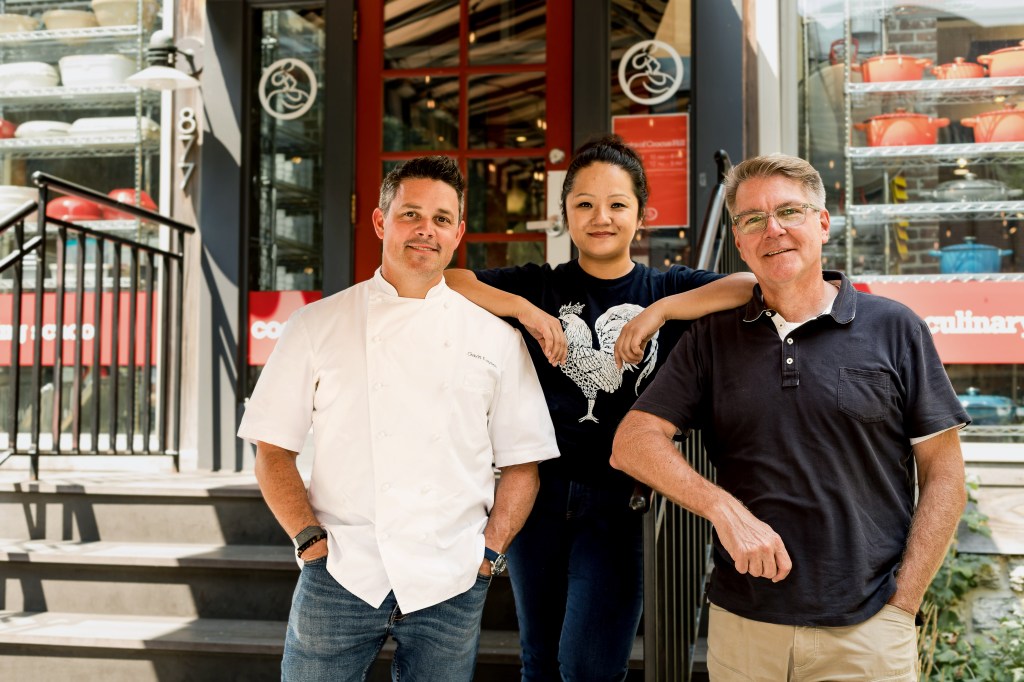 When Cooks of Crocus Hill moved to its current location on Grand Avenue in the 1980s, it was a kitchen store, but there was also a deli and espresso bar.

“It was sort of ahead of its time,” said Marie Dwyer, co-owner of the space with Karl Benson. Apparently at the time, customers weren’t sure what to do with the concept, so the owners at the time put fresh foods on the shelves and focused on kitchen supplies.

But tastes and times have changed, and the community couldn’t be more excited for Bellecour Bakery (from chefs Gavin Kaysen and Diane Moua) to move into the store.

The concept, a bakery in a store, was extremely popular on the Cooks site in the North Loop in Minneapolis, so the partners decided to bring it to St. Paul.

The grand opening is August 12.

There will be pastries, including Moua’s famous crÃªperie and croissants on social media, as well as salads, quiches and sandwiches for lunch.

The team is also bringing back the gluten-free frangipane pie, which was popular at the now closed Bellecour restaurant in Wayzata, exclusively for Saint-Paul for the month of August.

â€œMy parents are happy,â€ Kaysen said. â€œThey were both born and raised in St. Paul, so they’re proud that we come here.

This is the first St. Paul business for Kaysen.

If the North Loop partnership, born during the pandemic, is any indication, customers can expect long lines.

â€œWhen we first opened, the line went all the way to The Bachelor Farmer,â€ Kaysen said.

The partnership is the result of a friendship between Kaysen, Benson and Dwyer, who always concoct ideas, many of which never see the light of day. But when it became clear that Bellecour would not survive, they decided to make this one a reality.

â€œWhen the world ended, it was like, ‘Absolutely, we’re doing this,'” Kaysen said. â€œWe have to save all these jobs and keep them baking. “

So now bakers take up the cooking school space during the day, and classes always take place in the evening. It’s a perfect symbiotic relationship that keeps fans in pancakes and croissants.

Moua, who left Spoon and Stable to focus on the bakery, said she “doesn’t like getting up in the middle of the night,” so streamlined production so her staff could start at 5 a.m. , a relative luxury in the world of baking.

â€œIt’s great to be able to focus on that,â€ said Moua. â€œWe have found ways to do things more efficiently. Difficult to find and keep staff when you have to get up at 2 or 3 in the morning â€

The partners couldn’t be more excited to showcase Moua’s talent to the holy city.

â€œI like it all because it’s so different,â€ Benson said. â€œThere is nothing like it. And the pandemic allowed us to have this conversation. “