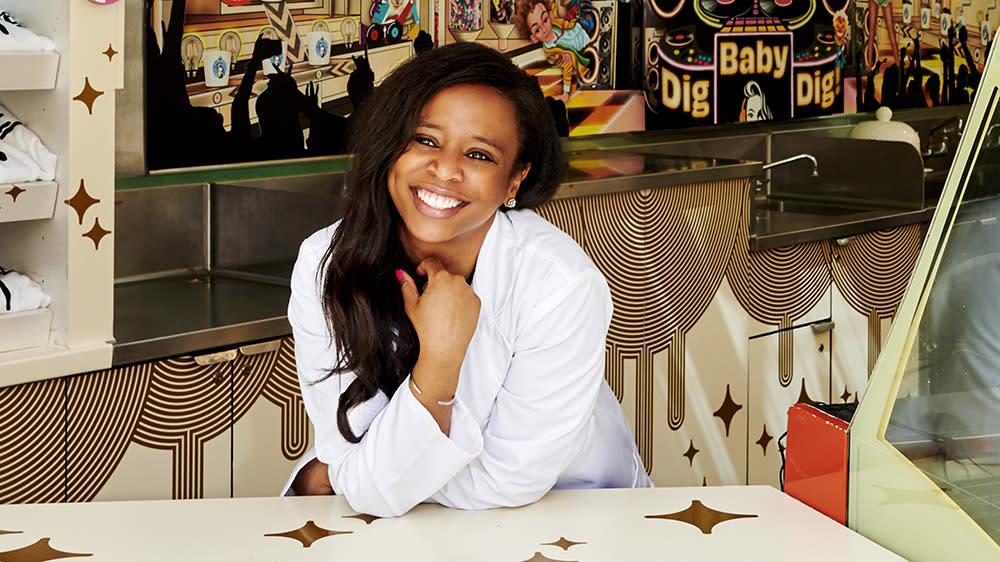 When Tyra Banks decided to open her Smize ice cream store in Santa Monica, she sought out an “airy dessert consultant” to advise her. Fortunately, Dr. Maya Warren, an ice cream specialist, had just completed a stint advising on the international operations of Cold Stone Creamery.

The creator and entrepreneur of “America’s Next Top Model” had come up with the Smize concept, but Warren took over product development, refining the flavors and helping to create the signature Smize surprise that Banks had requested: a truffle paste. cookies at the bottom of each container. . What exactly does an ice cream scientist do? â€œI can be an extension of his taste buds, but on a technical level,â€ says Warren.

â€œTyra and I are both obsessed with frozen custard,â€ she says. Frozen custard is richer in eggs and denser than ice cream, with at least 1.4% egg yolk and 14% milk fat in the mix. â€œWe like a dense product; we’re both drawn to higher fat, â€says Warren.

Smize currently offers seven flavors, and Warren’s next mission is to perfect an oft-requested non-dairy ice cream. She experiments with oat milk and coconut oil, looking for the magical combination to give her “that creamy mouth feel.”

Warren fell in love with ice cream while studying for her graduate degree in food science at the University of Wisconsin-Madison. While in graduate school, the multi-talented scientist was looking for other challenges and tried “The Amazing Race” with her lab partner. The couple traveled from New York to Scotland, Sicily, Morocco, Malta, Singapore, the Philippines and beyond in just three weeks and won the 25th season of the reality TV series. “We knew there had never been two female food scientists” on the show, she says, but she is especially proud that “we were able to inspire people to see scientists differently.”

What’s her favorite original ice cream flavor? How about roasted beets – Warren adds honey and pistachios to roasted roots and topped with goat cheese and honey for a gourmet alternative.