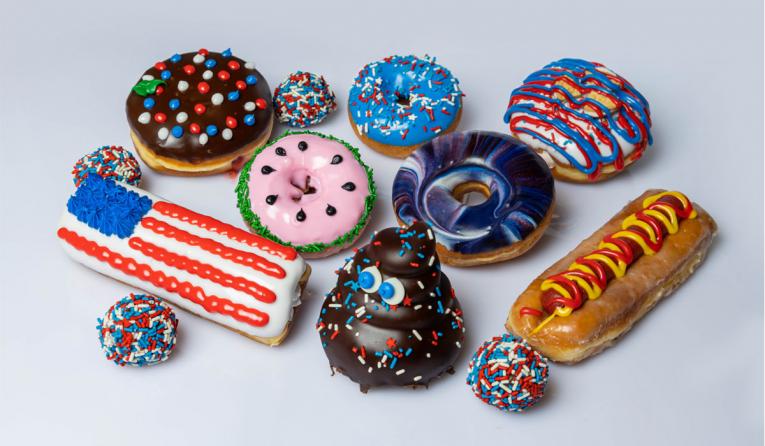 Pinkbox Donuts is planning special offers for the month of July

Pinkbox Donuts is planning a variety of offers for July.

To celebrate Independence Day, Pinkbox Donuts will present a collection of patriotic goodies perfect for a 4th of July barbecue. In addition to the red, white and blue creations, the collection also offers some summer models that will delight customers of all ages. All-American programming is available from Thursday July 1 to Sunday July 4 and includes:

Donut of the month – Brownie Points

Chocolate lovers will rejoice when they try Pinkbox Donuts’ July Donut of the Month. Brownie dots consist of a raised shell filled with decadent brownie batter, a dusting of powdered sugar, and a rosette of brownie batter.

Throughout July, basketball teams will face off in the annual championship series. Basketball fans can show their love of the sport by tasting a limited-time Baller Donut from Pinkbox Donuts. The orange frosted raised shell is filled with chocolate whip and topped with basketball decor.

The news and information presented in this press release has not been corroborated by QSR, Food News Media or Journalistic, Inc.