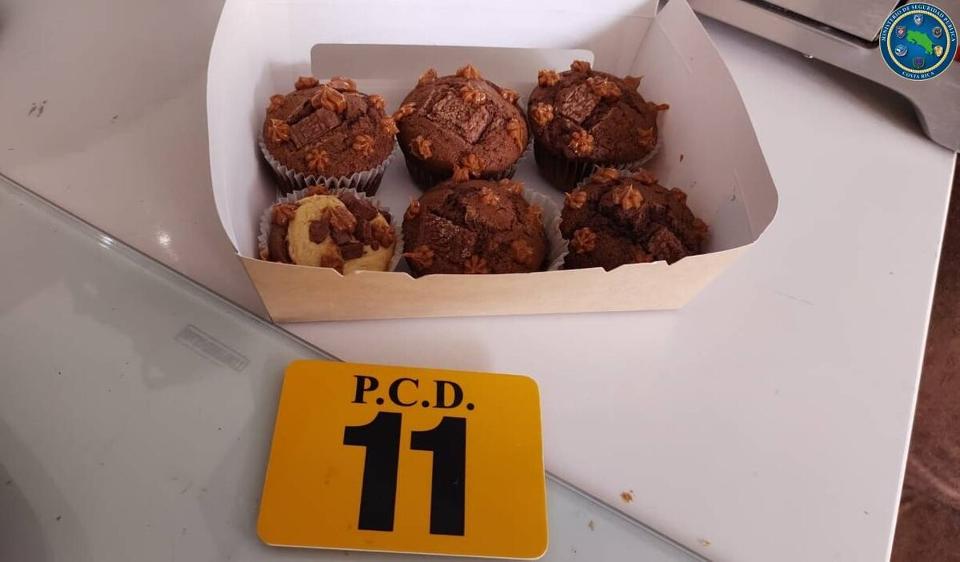 HQ – A couple has been arrested on suspicion of using fast food delivery services to deliver marijuana pastries sold in the greater metropolitan area (GAM).

The detention on Wednesday, but made public this Friday, by the Ministry of Public Security (MSP), was carried out by agents of the Drug Control Police (PCD) in a house in Pozos de Santa Ana, where various products were been seized.

Among the items seized were: 17 brownies, three marijuana cookies and 15 grams of marijuana, 8.1 grams of Wax (marijuana wax), as well as 24 sprays and 15 pipettes for drug use.

According to the investigation, the woman, nicknamed Arrieta Badilla, 21, and the man, nicknamed Samuels Jackson, 23, had been selling drugs for two years.

As part of their strategy to avoid detection, they used courier or fast food delivery services for their businesses. â€œThe PCD agents carried out an investigation during which they determined that the narco structure was dedicated to the sale of drugs, in particular marijuana, and that it was sold hidden through different types of confectionery.

“This, by using courier services or fast food delivery services, not only to facilitate the marketing and distribution of the illicit drug, but also to avoid detection or investigation. by the PCD authorities.

â€œThe PCD confirmed that the people surveyed were responsible for preparing, cooking, promoting and selling the confectionery with the apparent marijuana, for which they used their house located in Pozos de Santa Ana and which became the point of storage, preparation and drug distribution. “, Explained the MSP in a press release.

The couple were released on the pretext of signing once a month, keeping a fixed address and no longer selling adulterated pastries, after the Pavas correctional court rejected the prosecutor’s request for preventive detention (prison), before the trial.