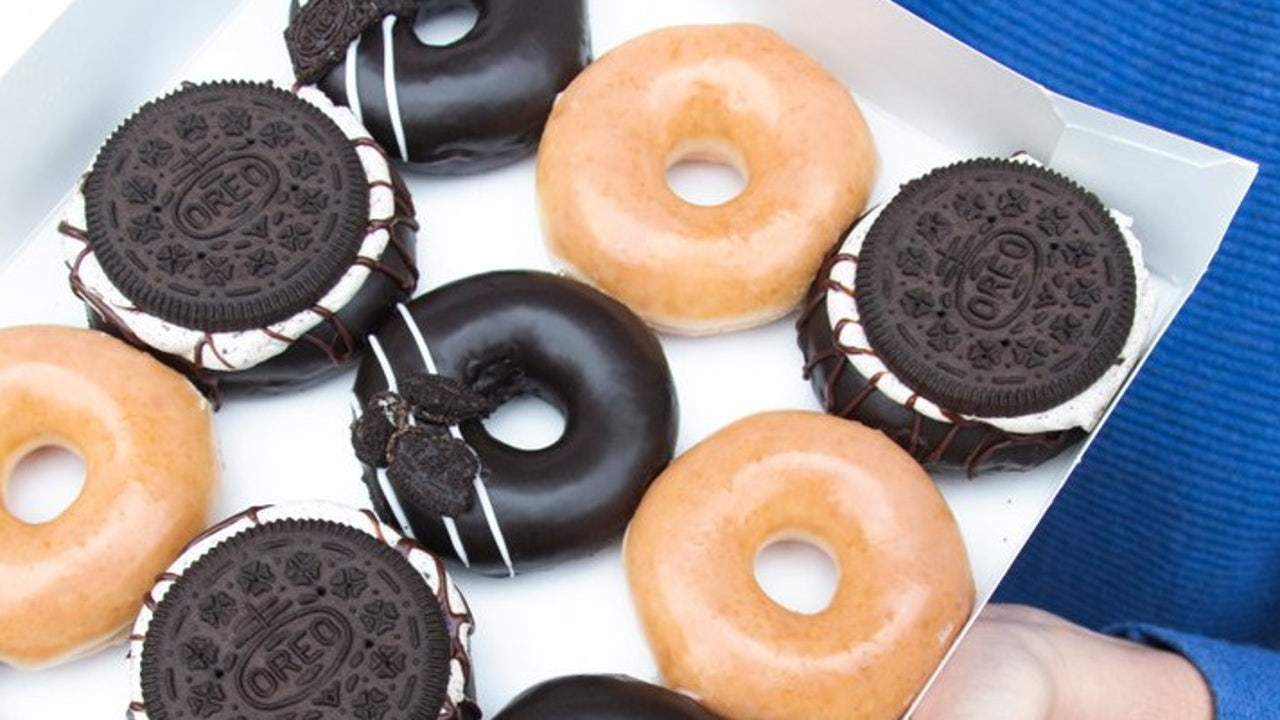 The national donut chain has revealed that it has partnered with Nabisco’s Oreo cookie brand to create two new treats, according to a recent press release.

Starting Monday, April 5, customers can get their hands on the Oreo Cookie Frosted Donut and Oreo Cookie Top Donut.

Just as Skena described it, the 290-calorie Oreo Cookie Frozen Donut is topped with a frosting made from Nabisco’s signature cookie and is filled with Krispy Kreme’s signature Cookie and Kreme filling. The donut is finished with a drizzle of frosting and pieces of Oreo cookies.

Meanwhile, the 370-calorie Oreo Cookie Over-the-Top Donut is the same glazed donut, but is topped with the Cookies and Kreme filling. There’s also a drizzle of chocolate frosting and an amazing Oreo Cookie wafer.

The two Oreo donuts will only be available for two weeks, according to a newsletter sent out Monday by Krispy Kreme. Customers will be able to purchase these limited-time donuts at participating stores until Sunday, April 18.

Krispy Kreme has also released an Oreo Mocha Chiller companion drink. The frozen espresso drink is mixed with pieces of Oreo cookies and is topped with whipped cream and Oreo breadcrumbs. Depending on the nutritional value, the drink varies between 510 and 950 calories.

This is not the first time that Krispy Kreme has created menu items based on Oreo cookies. In 2016, the company launched an Oreo Kreme dark chocolate donut.

The donut chain has been pushing flavor innovation in recent years with limited-time releases, Hershey’s, Reese’s, Butterfinger and more.