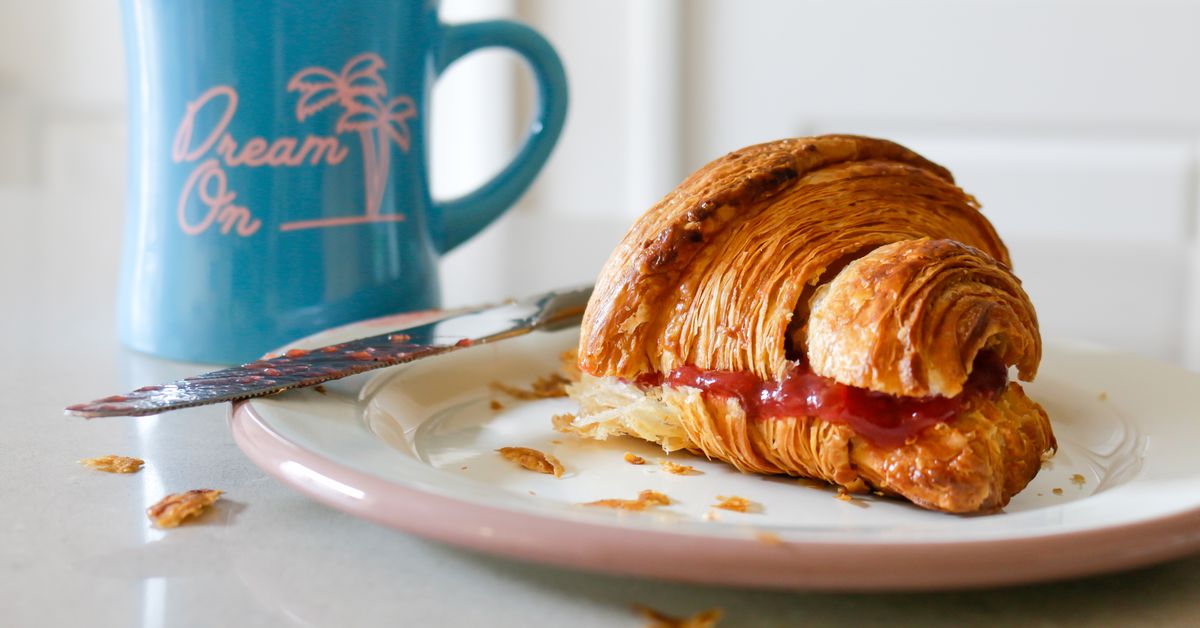 When people tell Chelsea Scott they love the unique flavors of her jams, she doesn’t get the compliment. Bourbon-blueberry and pear-ginger seem completely normal to him.

“These are flavor combinations that I already know and love,” she says.

Since July, Scott has been selling canned goods and baked goods through a Pump Up the Jam label that she has brought to bakeries, breweries, cafes and other stores across DC.

In addition to an online store selling jam in flavors ranging from caramel apple to cara cara crème marmalade, Scott sells his jams in person at Slipstream, Baked & Wired and Shop Made in DC. She also incorporates canned goods into her baking projects. , creating pastries like blueberry jam muffins and marmalade morning rolls that she sees as a gateway to potted goods.

“Of course you want a chocolate raspberry brownie,” she says. “Get them addicted to it, and they’ll come back and buy a pot.”

Scott moved from Southern California to DC in 2019, “for love,” she explains. Between culinary school in San Diego and baking jobs in Los Angeles, she says she has always loved working with local produce. Most Pump Up the Jam flavors use fruit from local farmers such as Earth N Eats in Pennsylvania or Black Rock Orchard and Moon Valley Farm, both in Maryland.

Scott started canning while running the food program at Go Get Em Tiger, a Los Angeles-based mini-café chain. She had put jam in the summer, when produce was plentiful and cheap, to serve during the winter months. Scott fell in love with canning and considered starting a side business making jam, but was always too busy to swing it, even after moving to DC When the pandemic hit, she was laid off from her job as head chef of a DC cafe, and suddenly she’s had the time—and the need—for a side hustle.

The Mid-Atlantic growing season is shorter than the West Coast, and she knew it would be difficult to put enough jam in during the summer to last through the winter, but she decided to to try. She’s already gone through a lot of the jam she canned this summer. Gone are the plum-rhubarb — an unintended pairing born of overly sweet plums and unsightly green rhubarb — and white peach rosé, at least until the fruit is back in season.

Faced with dwindling inventory, a happy problem for any budding small business, Scott has eased its supply restrictions a bit. Now she ships citrus from California to make her cara cara crème marmalade, though she still buys from small organic farms like the ones she uses in Washington.

“I could come up with a bunch of different apple and pear flavors, but how many do people really want to buy?” she says.

Hoping to grow his business, Scott is considering more pantry items in his online store, like Linzer cookie kits or cookie mixes. Maybe a spot at a farmer’s market, coming full circle by selling his jam alongside the farmers harvesting the fruit. And hopefully down the street is a brick and mortar store selling pastries and jams. For now, customers can find her jams online or at partner retailers, and baked goods such as jammy morning buns or blood orange poppyseed scones in pop-ups (advertised on Instagram) .