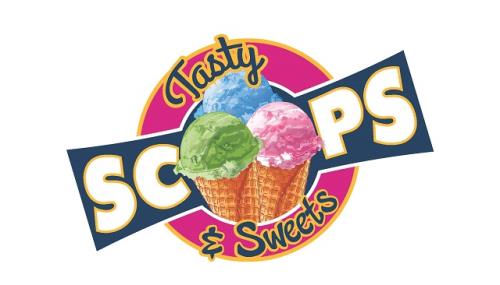 By Van E. RobinsonJanuary 8, 2021August 22nd, 2021No Comments
Tasty Donuts, which provides fresh donuts and other pastries, has announced that it will expand its concept in 2021 by opening Tasty Scoops & Sweets, an ice cream and candy store that will be located in the community of Cambridge Square in Ooltewah.

Tasty Donuts already has an existing store in Cambridge which opened in 2018. This new business will be located in an area of ​​approximately 1,800 square feet directly across from the public square with an opening slated for the spring of this year. Both companies are owned and operated by founder Tony McInnis.

“Since opening Tony and his team have made thousands of Cambridge Square customers very happy,” said Jim Cheney, who oversees development marketing.

“When we had the opportunity to opt for another dessert option, we called him first. He has an exceptional brand and a lot of creative vision and we are confident that Tasty Scoops & Sweets will be a huge success. We are also very proud that an existing tenant is expanding their business model within Cambridge; it’s the best compliment we can hope for in today’s real estate climate, and we are grateful to Tony and all of our tenants for having had a difficult year without a hitch.

While still in the early stages of the full menu line-up, visitors to Tasty Scoops & Treats can expect a “virtual wonderland” of frozen favorites, including homemade ice cream, traditional ice creams, splits, sundaes, donut ice cream sandwiches and milkshakes. , as well as homemade waffle cones and cups. Additionally, Tasty Scoops & Treats will feature on-the-go candies and snacks such as pralines, fudges, macaroons, nuts and fruit. “And true to their nature, Tasty will be looking for new ways to evolve the menu all the time,” officials said.

“We are thrilled to make another dream come true this year,” said McInnis. “The idea of ​​Scoops and Sweets has been circulating for several years, mainly under the impetus of my wife and partner, Kathy McInnis, our“ Donut Queen ”. Family traditions and a quick round-up of old New Orleans recipes created a list of sweets that are both artisanal and delicious. We are grateful to the Cambridge Square community for the support of our donut shop and to management for their confidence in us to execute this new concept.