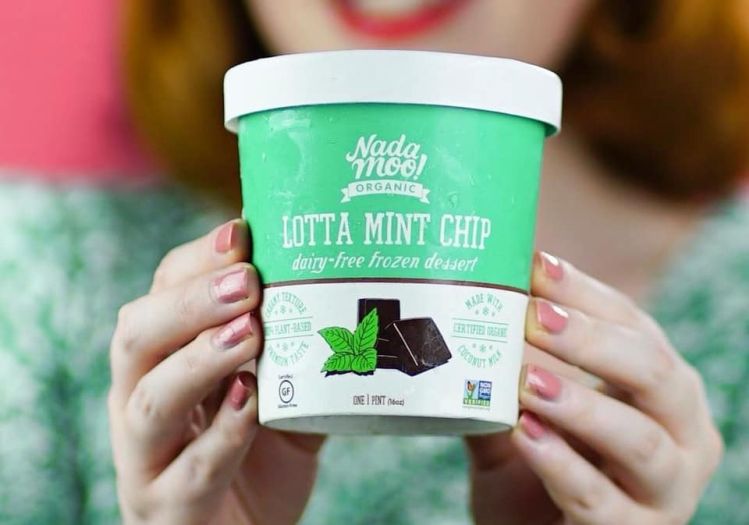 NadaMoo! rolls out its dairy-free frozen desserts at Walmart and Target, expects 60-65% growth in 2019

While NadaMoo!​has grown steadily since launching its coconut-based frozen desserts 14 years ago, things have really accelerated in recent years as non-dairy options have captured a significant share of the “milk” category and are starting to make inroads into every part of the store, CEO Daniel Nicholson said.

“We anticipate that through the end of 2019, our year-over-year growth between 2018 and 2019 will probably be around 60-65%. We are a plant-based product, but we want the people buy NadaMoo! because it tastes so much better than anything like it, that it’s acceptable to dairy ice cream eaters everywhere. ​

“We want our taste to win…and then we can talk about the values ​​and other things that our products bring to the consumer.”​

He added: “All​ [plant-based frozen desserts] the category is growing by double digits, but NadaMoo! continues to outpace category growth across all channels by three or four times in some cases.​

While the arrival of deep-pocketed brands from Ben & Jerry’s and Häagen-Dazs, to Amy’s, Breyers, Danone and Halo Top in the dairy-free ice cream category has put pressure on smaller brands, NadaMoo! held on, Nicholson said.

“It’s easy for a big company to come in and gain market share right off the bat, but the real test comes later when you start looking at year-over-year numbers. However, we believe there is room for a lot of brands in this space.​

The agreements with Target and Walmart, which have just been rolled out at Publix, will further strengthen Nadamoo’s presence in the conventional retail channel, Nicholson said.

“Together these two retailers have over 8,000 stores, so we see a lot of potential for us to add additional distribution through these partnerships as we want to help them drive sales in the dairy-free category.”​

Family-owned NadaMoo!, which raised its first outside capital in late 2017 via a $4 million Series A funding round led by InvestEco Capital, is now looking to raise additional capital to support its growth via a Series B, he added.

“We are building a fundraising platform and expect to launch a Series B round probably mid to late summer.”​

Earlier this year NadaMoo! voluntarily recalled​About 26,000 pints of its Strawberry Cheesecake non-dairy frozen dessert due to an undeclared almond ingredient.

“We were making formulation changes on some inclusions and since these changes were made by our R&D team, they failed to mention that one of the reformulations added new ingredients, and one of them was an allergen” , said CEO Daniel Nicholson. “We found out about this issue before anyone contacted us after having issues, but there is a member of our R&D team who is no longer with the company.”​

As frustrating as the episode was, it was also a learning experience, he said. “It really caused us to pause and review some of our systems to make sure we never find ourselves in a situation like this again. We received a 100% efficacy rating from the FDA for our handling of this issue, which I think shows the market that we take this very seriously. »​