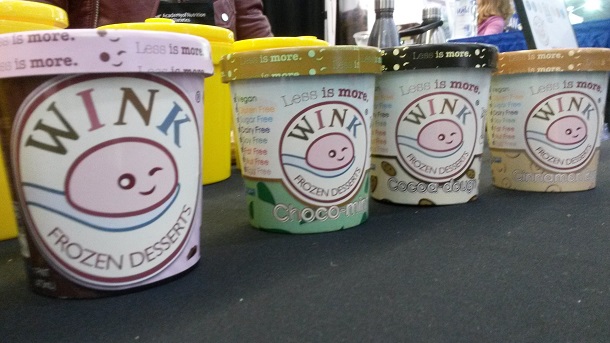 By Van E. RobinsonNovember 1, 2016No Comments

As a self-proclaimed “ice cream lover at heart,”Gabe Wolff told FoodNavigator-USA at the Food and Nutrition Conference and Expo in Boston in mid-October that he first faced this choice of Sophie when he was diagnosed with celiac disease and allergy to dairy products at 17 years old.

“I had to completely revise the way I eat. I had to start reading ingredient labels for the first time and that’s when I realized there was a big hole in the ice cream market,”he said.

Although he acknowledges that there are plenty of non-dairy alternatives in the frozen dessert aisle, he complains when soy milk or almond milk is used instead of dairy milk makers who have to add lots of extra sugar solids, fat, and artificial flavors to make them. tastier and just as creamy as conventional options.

For someone like Wolff, who struggled with his weight growing up, these were not acceptable compromises, he said.

So, he said, he “I started playing in the kitchen and Wink came out.”​

Wink is a plant-based frozen dessert that uses non-GMO pea protein flour as its base, which allows it to be free from all eight major food allergens and is more easily digested by those who struggle with dairy and whey protein, according to the company website.

Next, Wink blends vegetable glycerin from palm trees, rather than soy or coconut oils, which are common allergens.

Rather than high-calorie sugar, Wink uses organic stevia extract and monk fruit extract, which has the added benefit of being low glycemic, extending the brand’s reach to people who manage diabetes. To offset the bulk that sugar solids often provide in frozen desserts, Wolff said he adds organic agave inulin, which has also been shown to benefit healthy bacteria in the large intestine.

The fact that the frozen dessert is sugar-free will likely expand its appeal beyond allergy sufferers given Americans’ growing concern about sugar consumption.

Other gluten-free and hypoallergenic thickeners in the frozen dessert include organic tapioca flour and xanthan gum. Aware that some consumers might be afraid of these unknown ingredients, Wolff explains their origin and purpose on Wink’s website.

Wink also uses natural flavors to disguise the taste of pea protein and other ingredients, and ensure consumers don’t feel like they’re sacrificing taste by opting for a better-for-you alternative.