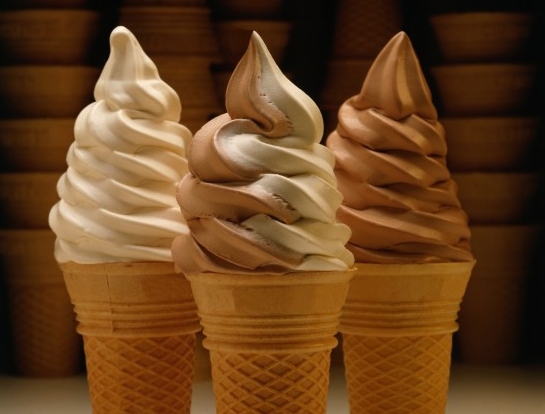 Although growth opportunities are hard-won in this stable market, a renewed focus on health and nutrition alongside its longstanding mainstays of fun, nostalgia and indulgence will reinvigorate the category, according to the research firm. of the Packaged Facts market.

Packaged ice cream dominated the retail ice cream and frozen dessert categories last year, accounting for more than 53% of total retail sales through mass market channels (supermarkets, pharmacies and mass merchants ). Frozen novelties represent an additional 37% of the retail market. Frozen yogurt/tofu (and other non-dairy ice cream alternatives), frozen desserts such as ice cream cakes, and sherbet/sorbet/popsicle categories each generated between 2% and 4% of retail sales across all three channels, while popsicles and novelties only generated 1.5% of total retail sales. (Could dairy-free be the next big growth opportunity for the category? Plant-based milk, frozen dessert and cultured goods brand SO Delicious thinks so.)

The ice cream and frozen dessert retail market is fiercely competitive, with brands offered by multinational conglomerates competing in the freezer case with regional and locally produced favorites on what is essentially a level playing field, according to Packaged Facts.

Nestlé SA and Unilever dominate the market share, with nearly 40% of the retail market between them. Wells Enterprises (Blue Bunny) comes third with an overall market share of 8.5%, and Texas-based Blue Bell Creameries holds just over 7%. After that, there’s a sharp drop to northeast regional distributor Turkey Hill at 2.3%, followed by a number of companies vying for between 2 and a fraction of a percentage of market share, including Rich Products, Mars, Kemps, J&J Snack Foods and ConAgra.

Still, major high-end national brands were hit in 2013 as consumers sought alternatives. But they didn’t go for private label, as these products saw their mass-market sales drop 3% between 2012 and 2013, to $1.76 billion, according to IRI. This represents 18.4% of total dollar sales in channels tracked by IRI.

In addition to companies specializing in healthier frozen desserts, most major ice cream and frozen dessert distributors have at least one product line positioned according to its nutritional profile. In recent years, marketers of “healthy” relief frozen yogurt have touted the probiotic value of live, active cultures in their products.

But the newest entrant into the healthy frozen dessert space, Greek yogurt, could shake things up with its dual positioning of high protein and probiotic value as well as its distinctive flavor, as the research director noted. from Packaged Facts, David Sprinkle. Indeed, notable brands going Greek with their frozen yogurt include ConAgra’s Healthy Choice, Dannon’s Oikos, Stonyfield, Yoplait, and Ben & Jerry’s. (Learn more about Dannon’s recent foray into Greek frozen yogurt.)

The shift towards healthier frozen desserts has also brought about new flavor trends, particularly the growing popularity of coconut. Coconut is already carried by a “health halo” – as it is recognized both for its inherent nutritional properties and its potential as a substitute for sweeteners. But its growing appeal can also be attributed to growing consumer interest in cuisines from around the world, including those from tropical regions, Packaged Facts noted.

Another key trend to watch is the growing crossover appeal of Mexican-style ice cream parlors, or neverias, among non-Hispanic foodies. These shops, known for their innovative flavors (think pine nuts, cucumber, mango, tequila and cheese) and unique combinations, are popping up in every US urban center. That, coupled with increased sales of Hispanic brands of frozen novelties at major retail outlets, means the broader consumer base may soon be following foodies toward Hispanic frozen desserts, Packaged Facts found.

According to Packaged Facts, salted caramel, an import from Europe, remains a major flavor trend across frozen desserts and ice cream. But manufacturers are also capitalizing on continued interest in gourmet mixes, ranging from confections to sweet baked goods. Brands such as Breyers, Good Humor and Turkey Hill are increasing their product offerings with perennial favorites such as Oreos, Chips Ahoy!, Sara Lee cheesecake, Reese’s Peanut Butter Cups, Snickers and Junior Mints mixed together, leveraging manufacturer partnerships of these popular brands of cookies, cakes and candies.